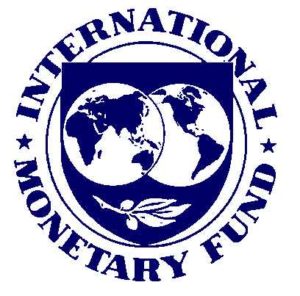 Haiti: Request for Extension of the Arrangement Under the Poverty Reduction and
Grown Facility—Staff Report.

In the context of the request for extension of the arrangement under the poverty reduction and grown
facility, the following documents have been released and are included in this package:

The staff report for the Haiti – Request for Extension of the Arrangement Under the Poverty
Reduction and Grown Facility, prepared by a staff team of the IMF, following discussions
that ended on December 14, 2009, with the officials of Haiti on economic developments and
policies. Based on information available at the time of these discussions, the staff report was
completed on January 12, 2010. The views expressed in the staff report are those of the staff
team and do not necessarily reflect the views of the Executive Board of the IMF.

The policy of publication of staff reports and other documents allows for the deletion of market-sensitive
information.

Copies of this report are available to the public from

Prepared by the Western Hemisphere Department
(In consultation with other departments)

1.
In the attached letter, the Haitian authorities request an extension of the Poverty
Reduction and Growth Facility (PRGF) arrangement to May 31, 2010. This arrangement
was approved on November 20, 2006 and access was augmented twice, bringing total access
to 138 percent of quota (SDR 114.7 million). The fifth review was completed on June
29, 2009 and, at that time, the arrangement was extended from November 19, 2009 to
January 31, 2010. Given that the date of the Executive Board meeting for approval of a new
program and for the completion of the sixth PRGF review is tentatively scheduled for
February 22, 2010, a new extension is required. The proposed extension to May 31, 2010,
will provide additional time for the completion of the sixth and final review, and for making
the final disbursement under the PRGF arrangement.

2.
Macroeconomic performance through end-September 2009–the test date for the
sixth review under the PRGF arrangement–was broadly in line with the program,
although the zero ceiling on contracting non-concessional external debt was breached.
All quantitative performance criteria being evaluated at end-September were met. A
US$50 million shortfall in budget support disbursements was compensated by higher-than-
programmed net international reserves and a lower fiscal deficit, though annual base money
growth was slightly above the indicative target. However, the authorities have recently
contracted a sovereign loan of US$33 million with the Development Bank of Venezuela
(BANDES) to rehabilitate the Cap Haitian airport, in a zone with high potential for tourism
development. With a grant element of 30.2 percent, the loan is below the 35 percent level
required under the continuous performance criterion on contracting of new non-concessional
external debt, and a waiver of nonobservance will be needed. The authorities are seeking
ways to improve overall financing terms for this airport project, and an assessment of these
remedial actions will be part of the review.

3.
Although five out of seven structural benchmarks were not met, overall progress
toward meeting structural conditionality was satisfactory (Table 1). The final report on

emergency spending was submitted to staff with a one-week delay. Satisfactory progress has
also been made in establishing the debt unit at the Ministry of Finance, but finalization awaits
forthcoming technical assistance. A memorandum of understanding between the Ministry of
Finance and the BRH on the first phase of the BRH recapitalization was signed on October
22, 2009. The customs code was approved by Parliament on December 22, 2009, and Senate
approval of the banking law is expected in the coming weeks. The unfinished structural
reform agenda will be addressed under the new ECF arrangement.

4.
Completion of the sixth review under the PRGF arrangement has been delayed,
because of the change in government. On October 30, 2009, the Haitian Senate voted
former Prime Minister Pierre-Louis and her cabinet out of office. A new government was
inaugurated on November 11, 2009, in which the new Prime minister, Mr. Bellerive, remains
in charge of the Ministry of Planning. These developments have led to a delay of about one
month in the mission for the sixth PRGF review, request for a new three-year arrangement
under the Extended Credit Facility and the 2009 Article IV consultation. The mission took
place during December 2-15, 2009.

5.
Staff supports the authorities’ request for an extension of the PRGF
arrangement through May 31, 2010. The authorities remain committed to macroeconomic
stability and completion of the review. They have also requested a new three-year ECF
arrangement to help sustain economic growth. Accordingly, the attached decision is proposed
for adoption by the Executive Board on a lapse-of-time basis.

Quarterly during
the arrangement
period, starting on
March 31, 2009
and until all off-
budget emergency
spending is
executed

Set up and train debt management unit in MEF –
both to use centralized external debt database, but
also to manage domestic Treasury debt in context
of BRH recapitalization.

Publish and implement a new electricity tariff
structure that would increase and maintain
electricity prices at cost-recovery levels.

1.
On November 20, 2006, the IMF’s Executive Board approved a three-year
arrangement for Haiti under the Poverty Reduction and Growth Facility (PRGF). The fifth
review under the program was completed on June 29, 2009 and, at the time, the arrangement
was extended to January 31, 2010. However, the recent change in government led to a small
delay in the timetable of the staff mission for the sixth PRGF review. On behalf of the
government, we hereby request that the PRGF arrangement be extended until May 31, 2010,
to provide enough time for the completion of the sixth and final PRGF review, and for
making the final disbursement under the PRGF.

2.
Discussions with IMF staff on the overall policy and macroeconomic framework for
FY 2010 took place during December 2-15, 2009, in the context of the mission for the 2009
Article IV consultation, sixth PRGF review, and request for a new three-year Extended
Credit Facility. The date for the Executive Board meeting for approval of the sixth review is
tentatively scheduled for February 22, 2010. This extension of the PRGF arrangement will
help ensure that endorsement of policy measures to preserve macroeconomic stability and
sustain growth in Haiti can be undertaken before the current PRGF expires.