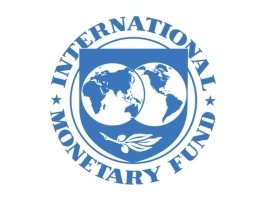 Press Release No. 13/470
November 25, 2013 A mission from the International Monetary Fund (IMF) headed by Mr. Gabriel Di Bella visited Port-au-Prince during November 6-15, 2013, to conduct discussions for the seventh review under the Extended Credit Facility (ECF) arrangement1. The mission met with Prime Minister Laurent Lamothe; Minister of Economy and Finance Wilson Laleau; Governor of the Bank of the Republic of Haiti Charles Castel; other senior government officials, representatives of the private sector, and development partners. At the end of the visit, Mr. Di Bella issued the following statement:


“Preliminary data suggests that gross domestic product (GDP) grew around 4 percent in FY2013 (i.e. in the year through September 2013) thanks to ongoing reconstruction spending, increased textile exports, and a better-than-expected outcome for agriculture. Inflation, which had spiked to almost 8 percent after last year’s drought and hurricanes, finished FY2013 at 4.5 percent due to stabilizing commodity prices and some tightening of monetary policy earlier in the year. The fiscal deficit was larger than programmed, largely due to higher transfers to EDH (Electricité D’Haiti), the state electricity company. Domestic revenues were line with projections at the time of the sixth review.

“The structural reform agenda has advanced since the sixth review. In particular, important steps have been taken toward the establishment of a Treasury Single Account (TSA), which will strengthen spending effectiveness, controls, and cash management. However, work on complementary reforms needs to be accelerated for the TSA to be in place by the end of FY 2014.

“The government of Haiti and the mission reaffirmed understandings on economic targets and reform objectives reached at the time of the sixth review. For FY2014, inflation is projected to stay in the mid-single digits and GDP growth around the levels observed in FY2013.The mission and the Haitian authorities discussed a number of risks surrounding these projections, and the mission recommended that buffers – in the form of government deposits at the banking system – be kept at levels sufficient to allow intervention should weather-related or other risks materialize. The mission also emphasized that efforts should be strengthened to combat tax evasion, so as to ensure more robust revenue collection, which is essential to offset gradual declines in foreign assistance. On the expenditure side, subsidies to EDH are very costly; thus, improving the financial position of the electricity sector remains essential to free up resources for social and infrastructure spending. In addition, continued strengthening of public financial management will allow for a more effective link between public spending, growth and poverty reduction.

“The mission would like to thank the authorities for their hospitality and frank discussions that prevailed throughout its stay. Fund staff and the Haitian authorities will continue working during the upcoming weeks with the objective of finalizing the discussions in the context of the seventh review of the ECF, in order to present the related documents for the consideration of Fund Management and that of the Executive Board by end-February.”

1 The Extended Credit Facility (ECF) has replaced the Poverty Reduction and Growth Facility (PRGF) as the Fund’s main tool for medium-term financial support to low-income countries by providing a higher level of access to financing, more concessional terms, enhanced flexibility in program design features, and more focused streamlined conditionality. Financing under the ECF currently carries a zero interest rate, with a grace period of 5½ years, and a final maturity of 10 years. The Fund reviews the level of interest rates for all concessional facilities every two years.