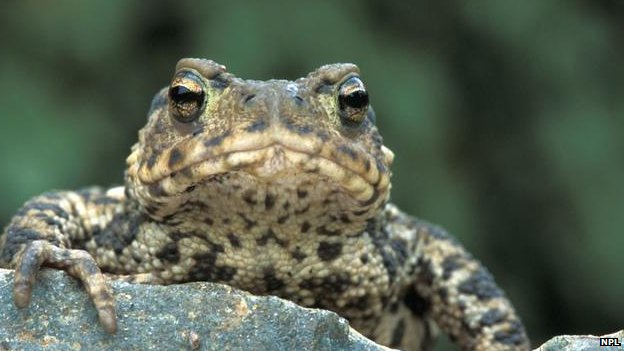 Animals may sense chemical changes in groundwater that occur when an earthquake is about to strike.

This, scientists say, could be the cause of bizarre earthquake-associated animal behaviour.

Researchers began to investigate these chemical effects after seeing a colony of toads abandon its pond in L’Aquila, Italy, in 2009 – days before a quake.

They suggest that animal behaviour could be incorporated into earthquake forecasting.

The team’s findings are published in the International Journal of Environmental Research and Public Health. In this paper, they describe a mechanism whereby stressed rocks in the Earth’s crust release charged particles that react with the groundwater.

Animals that live in or near groundwater are highly sensitive to any changes in its chemistry, so they might sense this days before the rocks finally “slip” and cause a quake.

The team, led by Friedemann Freund from Nasa and Rachel Grant from the UK’s Open University hope their hypothesis will inspire biologists and geologists to work together, to find out exactly how animals might help us recognise some of the elusive signs of an imminent earthquake.

Strange behaviourThe L’Aquila toads are not the first example of strange animal behaviour before a major seismic event. There have been reports throughout history of reptiles, amphibians and fish behaving in unusual ways just before an earthquake struck.

In 1975, in Haicheng, China, for example, many people spotted snakes emerging from their burrows a month before the city was hit by a large earthquake.

This was particularly odd, because it occurred during the winter. The snakes were in the middle of their annual hibernation, and with temperatures well below freezing, venturing outside was suicide for the cold-blooded reptiles.

But each of these cases – of waking reptiles, fleeing amphibians or deep-sea fish rising to the surface – has been an individual anecdote. And major earthquakes are so rare that the events surrounding them are almost impossible to study in detail.

This is where the case of the L’Aquila toads was different.

Toad exodusMs Grant, a biologist from the Open University, was monitoring the toad colony as part of her PhD project.

“It was very dramatic,” she recalled. “It went from 96 toads to almost zero over three days.”

Ms Grant published her observations in the Journal of Zoology.

“After that, I was contacted by Nasa,” she told BBC Nature.

Scientists at the US space agency had been studying the chemical changes that occur when rocks are under extreme stress. They wondered if these changes were linked to the mass exodus of the toads.

Their laboratory-based tests have now revealed, not only that these changes could be connected, but that the Earth’s crust could directly affect the chemistry of the pond that the toads were living and breeding in at the time. 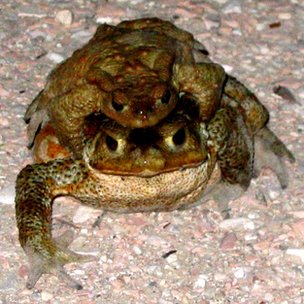 Nasa geophysicist Friedemann Freund showed that, when rocks were under very high levels of stress – for example by the “gargantuan tectonic forces” just before an earthquake, they release charged particles.

These charged particles can flow out into the surrounding rocks, explained Dr Freund. And when they arrive at the Earth’s surface they react with the air – converting air molecules into charged particles known as ions.

“Positive airborne ions are known in the medical community to cause headaches and nausea in humans and to increase the level of serotonin, a stress hormone, in the blood of animals,” said Dr Freund. They can also react with water, turning it into hydrogen peroxide.

It’s a complicated mechanism and the scientists stress that it needs to be tested thoroughly.

But, Dr Grant says this is the first convincing possible mechanism for a “pre-earthquake cue” that aquatic, semi-aquatic and burrowing animals might be able to sense and respond to.

“When you think of all of the many things that are happening to these rocks, it would be weird if the animals weren’t affected in some way,” she said.

Dr Freund said that the behaviour of animals could be one of a number of connected events that might forecast an earthquake.

“Once we understand how all of these signals are connected,” he told BBC Nature, “if we see four of five signals all pointing in [the same] direction, we can say, ‘ok, something is about to happen’.”