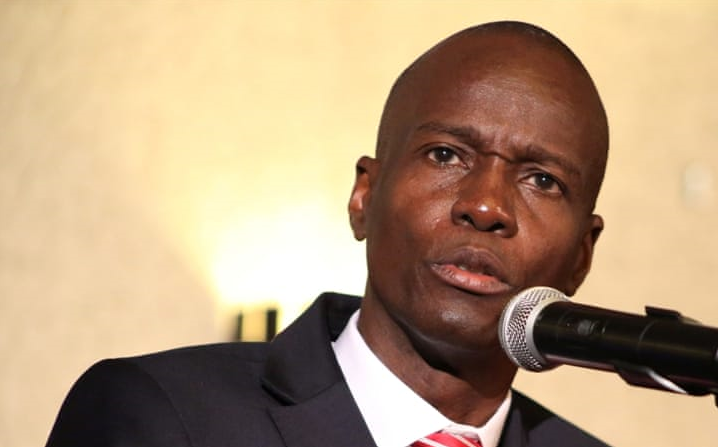 Despite Haiti dominating the news cycle earlier this year for unwelcome reasons (read: Oxfam), some more recent positive news stories coming out of the country seem to have completely flipped the script. Earlier this month, President Jovenel Moïse’s flagship policy – the ‘Change Caravan’ – marked its one-year anniversary. This initiative is a big deal for Haiti and represents a bold new approach to addressing the long-time lack of adequate infrastructure and other necessities, which has prevented meaningful development in the country. This policy enables unprecedented coordination among multiple government departments, resulting in infrastructure project costs being almost halved and projects being completed at an unprecedented pace.

The Change Caravan has produced a number of impressive achievements in areas ranging from health care to education, from the environment and energy to infrastructure. In twelve months, over 200 kilometres of road have been built or renovated, eleven rivers cleaned, eight hospitals and health centres rehabilitated, and 400 classrooms renovated.  Arguably, however, one of the most ambitious goals is rural electrification, with President Moïse going so far as to promise 24-hour electricity for all Haitians by the end of his term.

I recently chatted with President Moïse about the Change Caravan, as well as his vision for Haiti’s future.

What are the biggest challenges facing Haiti?

There are some inherently complex problems facing Haiti, one of them being faith in the government and what it can achieve, so when I took office I vowed to win back and restore confidence. Our goal is to be at the service of the Haitian people and create a better life, a better country, for them. That’s why we launched the Change Caravan.

Through this initiative, we’ve made great headway on some of the challenges facing the country, notably relating to electricity. I promised to deliver electricity 24 hours a day for all and, while I recognise this is a tall order, I have every confidence that we can do it. It is incredibly important because the lack of power is one the most significant constraints to economic growth and empowerment, with small businesses and households often needing to use expensive and unsustainable generators.

In undertaking this challenge, we took advantage of lessons learned from our neighbours’ experiences. A key lesson is that a centralized power supply is the worst option for a climate-vulnerable island nation – a storm need strike only one area connected to the national grid in order to destroy the entire country’s power supply. Decentralisation thus became an integral part of our strategy.

What exactly does your electricity strategy entail?

Our strategy consists of three main components to generate the needed power. First, it means building and rehabbing the traditional, national grid to connect a handful of large urban centres across the country’s ten Departments (or regions). Secondly, we plan on building microgrids – decentralised, independent power sources – in the 100 or so smaller population centres, many of which are in hurricane-prone areas that currently have no access to electricity. All the energy generation from the microgrids will be mainly based on renewable energy sources (solar, wind, hydro and biomass).

While these smaller cities could have been connected to the national grid, it is not cost-effective to connect them to the grid, as they are widely dispersed across lowly-populated areas. In addition, these microgrids are smaller and easier to create, meaning the whole project can be completed much faster. Remarkably, each microgrid requires less than 1 megawatt (MW) versus the 600 – 700 megawatts (MW) required to power the ten (10) regional grids.

Lastly, for scarcely populated areas such as our mountain regions, electricity will be provided via small stand alone solar power systems. In fact, we have already deployed around 10,500 such off-grid systems through a pilot programme. With a government subsidy of 50%, the fee of each system is less than $2 per month.

How does this compare to power challenges in other countries in your region, or even in Africa where power supply has been a major challenge?

In emerging markets, the grid is only one part of the electricity strategy. We knew how important it was to diversify. Islands like Puerto Rico, for example, have learned the importance of diversification the hard way. The generating capacity in Puerto Rico is overly centralised and with hurricane season starting on June 1, there is a strong possibility that the whole country may be plunged into darkness, once again.

Comparisons can be made further afield too with climate-vulnerable countries in Africa.

As we are experiencing in Haiti, and as also evidenced in many African countries, there is a direct correlation between rising energy costs and slowed economic growth. A similarity between our approach and those seen in some African countries is that decentralising the grid is increasingly recognized as the necessary first step in solving power problems. Solar systems, which in our case will be supplied to people in places where mini grids are not viable, are a good way to connect people for whom it is a struggle to get on the main grid. Solar PV (photovoltaic) systems also can help people who are using expensive kerosene generators, which are ineffective and bad for the environment – something we are very serious about avoiding in Haiti. Solar PV systems have caught on in places like Nigeria too, with many private companies offering self-installed solar kits to a growing pool of customers.