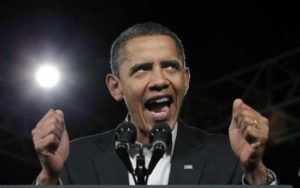 As Haitian Heritage month wraps up, Haitian American leaders are urging President Barack Obama to expedite the immigration process for tens of thousands of Haitians waiting for permission to live in the United States.

It is estimated that about 112,000 Haitians are on the waiting list for visas to join their families in this country. Of those, more than 15,000 are children and spouses of U.S. citizens.

In February, the Florida Senate approved a resolution urging Homeland Security Secretary Janet Napolitano to create a Haitian Family Reunification Parole Program, joining dozens of members of Congress who are also pushing for the measure.

A similar program was created in 2007 for Cubans approved to join relatives here.

“Basically the administration has been ignoring the needs of these families and the Haitian American community is extremely disappointed,” said Steve Forester, immigration policy coordinator for the Institute for Justice & Democracy in Haiti.

“We have a Cuban program that permits identically situated people to wait here for their green cards instead of in Cuba. Everyone is saying: why the double standard.”

Last week, several Haitian American politicians from across the country held a press conference in North Miami to call for the reunification program’s approval. The program could bring a tremendous boost to South Florida’s Haitian community, which is one of the largest in the country outside of New York City.

Attorney Richard Champagne, chairman of the Haitian American Professionals Coalition, has written a letter that he will send to Napolitano’s office, expressing the community’s dissatisfaction and urging the program’s approval.

Champagne, who works in both Broward and Miami-Dade counties, said he sees how the program would benefit families in South Florida.

“I get calls every day from petitioners waiting for their relatives to join them,” he said, adding that the process can take from three to 11 years. “They have relatives living in misery.”

A petition in support of the family reunification measure is also making the rounds, with close to 6,000 signatures, and will be sent to the White House, Forester said.

Napolitano’s office did not respond to a request for comment on Wednesday.

It has been two years and four months since a devastating earthquake struck Haiti and killed more than 230,000 people, leaving more than 1 million others homeless.

By implementing the reunification program that would allow Haitians to live and work here legally while waiting for their green cards, more Haitians would be able to earn money and send remittances back home to help relatives, advocates say.

After the earthquake, Obama granted temporary protected status to undocumented Haitians already living in this country. The measure allowed them to apply for work permits and have greater access to education, health and social resources.