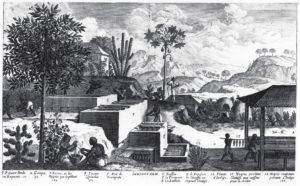 DELEGATES from the recent trade mission to Haiti have touted it a success and have promised to explore options for trade and investment in the country.
The team headed by Minister of Education, Akierra Missick, included members from the Investment Unit, Tourism Board, Chamber of Commerce, Haitian consulate in the TCI and approximately 16 businesspersons and investors.
“We had an opportunity to meet with several members of the Haitian Cabinet and government to discuss a structured trade programme between the Turks and Caicos Islands and Haiti,” Minister Missick told the media on the team’s return.
She said what they want to see is a more formalised organisation set up as well as have a memorandum of understanding (MOU) discussed and executed so that an almost free trade zone between the two countries can be established.
Some of the areas they are exploring include livestock, agriculture and building materials.”
“As a Government we look forward to ironing out the MOU between the two countries and the untouched markets in Haiti so that we can have Turks and Caicos Islands businesses set up to create employment there and also in the TCI.”
She said the team also received an explosion of Haitian culture through music, dance and drama throughout the trip and met with the Minister of Culture and Sport there.
Missick related that she was very impressed with the pride exhibited in the their culture, adding that she would like to see this emulated in the TCI
“She [Minister] helped me to figure out how we can ensure our culture and our passion for the Turks and Caicos Islands.”
Phillip Robinson of Inter-island Builders, who accompanied the team, said he was impressed with the opportunities in the country.”
He said he took the opportunity to explore the raw materials the country has to offer as well as possible investments within the construction industry.”
“The diverse atmosphere that they have to offer, it took away concerns that I used to have about Haiti and security and I really look forward to doing business with the Haitian community.”
“The Minister of Commerce assures that they are putting in infrastructure, sea ports and everything to make export and import into Haiti easy and feasible.
“I invite all Turks and Caicos Islanders, particularly the Haitian community here in Providenciales to embrace the opportunities that are being offered to us in Haiti and make that investment.”
Spencer Missick of Green Acres Farm in North Caicos, said he looks forward to continuing relations with the country.
“We visited some of the farms in the north east section and were impressed with the survey the Government is doing as a means of preparing to explore relationships with other entities.”
Emmanuel Missick, also of Green Acres, congratulated the delegates on a successful mission, saying he is very excited at the prospect of doing business with Haiti.
He also expressed his displeasure with the attitude in the TCI.
“We must change our attitude right here in the TCI if we are going to extend our hands to someone else, Missick remarked.
He called for a change in the attitude towards people coming into the TCI to live and work, stating that the complaints need to stop as the country needs the human resources to grow.
Meanwhile, Rebecca Astwood of the Investment Unit, another member of the delegation, said seeing things first hand in Haiti was an “eye opener.
She said the team explored the tourism and agriculture industries as well as the trade parks and the opportunities for free trade zones.
“One of the most interesting parts that I will take back is the 35 minute ride over to Cape Haitien; such a short flight with so many opportunities.
“We really look forward to exploring those and formalising arrangements between ourselves and the Haitian business community.
Links were established with the Haitian and American Chambers of Commerce.
Astwood said moving forward, she believes the TCI has a great opportunity to put in the
foundation and leverage what has been achieved.
Chairman of the Tourist Board, Kingsley Been expressed his satisfaction with the level of participation on the trip.
“From a tourism perspective there certainly appears to be lots of opportunities to partner with our Haitian brethren in terms of trying to enhance and develop their tourism product.
He added that Haiti has just passed the 100,000 mark for tourist arrivals, pointing out that the TCI, which has passed the one million mark, can collaborate with the country and pass on some best practices with respect to the tourism industry.
Been also noted that the two countries could look at re-introducing their exchange tourist programmes.
Chairman of the Providenciales Chamber of Commerce, E.J Saunders, and Consul for Commercial and Cultural Affairs in TCI, Margarette Lemaire, also shared their satisfaction with the mission.
Lemaire said her next project would be a reverse mission in September led by the Minister of Tourism.
“The second project that I will have will be to put together a mixed commission.
“After meeting with the Minister of Trade he requested that the consulate work with the Turks and Caicos Government and the private sector to put together a team of five people from this side and five from Haiti’s side to see how we can develop that bi-lateral cooperation regarding trade and investment between the two countries.
She added that later in the year they would also introduce testing of fruit, vegetable and other Haitian products in the country.
For people wishing to pursue agriculture activities in the country, funding is available through USAID and the European as well as the Inter-American Development Bank (IDB).