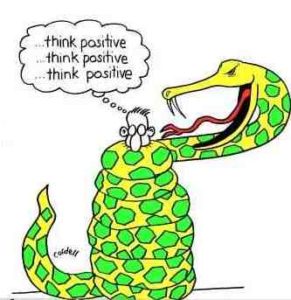 Haiti is one the poorest country in the world. Approximately 70% of all Haitians depend on the agriculture sector, mainly small-scale subsistence farming, and remains vulnerable to damage from frequent natural disasters, exacerbated by the country’s widespread deforestation.

A macroenomic program developed in 2005 with the help of the international monetary fund helped the economy grow 1.8% in 2006, the highest growth rate since 1999. Haiti suffers from higher inflation than similar low-income countries, a lack of investment (increasing however since the recent presidential seating), and a severe trade deficit. In 2005, Haiti paid its debts to the world bank, paving the way for reengagement with the Bank. The government relies on formal international economic assistance for fiscal sustainability. In 2006, Haiti held a successful donors conference in which the total aid pledged exceeded Haiti’s request. Remmitances are the primary source of foreign exchanges equaling nearly a quarter of GDP.
Faced with such daunting task how should the leaders of this country proceed in order to move this country forward to improve the condition and future prospect of this country. The answer is bold innovative socio-economic policies that seeks to re-engineer Haitian state and society.
For today’s generation, Hitler is the most hated man in history, and his regime the archetype of political evil. This view does not extend to his economic policies, however. Far from it; they are embraced by governments all around the world. The Glenview State Bank of Chicago, for example, recently praised Hitler’s economics in its monthly newsletter. In doing so, the bank discovered the hazards of praising Keynesian policies in the wrong context.
In the 1930s, Hitler was widely viewed as just another protectionist central planner who recognized the failure of the free market and the need for nationally guided economic development. Proto-Keynesian socialist economist Joan Robinson wrote that “Hitler found a cure against unemployment before Keynes was finished explaining it.”
What were those economic policies? He suspended the gold standard, embarked on huge public works programs like Autobahns, protected industry from foreign competition, expanded credit, instituted jobs programs, bullied the private sector on prices and production decisions, vastly expanded the military, enforced capital controls, instituted family planning, brought about national health care and unemployment insurance, imposed education standards. The Nazi interventionist program was essential to the regime’s rejection of the market economy and its embrace of socialism in one country.
Haiti has a mercantile economy that has embraced a free market economy its own detriment. While many in the United State decry the utility of the government and clammer for less and less government we in Haiti should go the opposite direction and follow a policy of aggressive government planning in all facet of society. Haiti is a top-down country that no longer has the luxury of a laisser-faire attitude toward the welfare of the state. Coruption is pervasive and has a chokehold on the running of the state.
According to a World Bank report in 2006, “In Haiti, the process of business regulations is complex and customs procedures are lengthy.”On average, opening a business took 204 days. For comparison, the average was 73.3 days in Latin America and 16.3 days in OECD countries.It took an estimated 5 years and 65 bureaucratic procedures for a private person to buy land from the state. It took 683 days to register a property[All Latin American and Caribbean countries except Cuba and Venezuela enjoyed much more economic freedom than Haiti on the Index of Economic Freedom of 2006.
The political elite is also involved in various criminal businesses. Leading members of the police have cooperated with the illegal drug trade in Haiti since the 1980s. The service D’intelligence national, nominally a counter-narcotics agency created after the fall of jean-claude Duvalier, participated in drug trafficking. After the 1991 coup which toppled Aristide for the first time, members of the coup regime, notably Chief of National Policy, Michel Francois were accused of drug smuggling. Later Beaudoin Ketant, a notorious international drug trafficker Jean-berthrand Aristid’s close partner, and his daughter’s godfather, claimed that Aristide “turned the country into a narco-country; it’s a one-man show; you either pay (Aristide) or you die”.
According to the BBC, pyramid schemes “were only real economic initiative of the Aristide years.” Estimated $200 million was lost in these scams.
As mentioned earlier Haiti is a top-down country in which the leader, president, sets the mood and tempo for the government; so it is he, the president, who is going to determine if and how we make significant inroads to development. We need not re-invent the wheel, all developing countries follow the basic blue print, with some modification, in order to move forward; we should likewise.

THE REPUBLIC BEFORE ALL COMMON GOOD BEFORE INDIVIDIAL GOOD

1.All blood born Haitians in Haiti must possess equal rights of citizenship on the basis of the principle of self-determination of all peoples.

2. Kreole must be the primary means of government communication oral in written in all government business. However for economic survival English must be made into one of the official language and taught from primary school.

3.fellow countrymen and those who have Haitian blood, regardless of creed, color and place of birth are our countrymen. Hence no limit should be place on their citizenship, rights and obligations to the state

3. The right to choose the government and determine the laws of the State shall belong to all citizens. We therefore demand that no public office, of whatever nature, whether in the central
government, the province, or the municipality, shall be denied to anyone who has Haitian blood regardless of creed

4. We must aggressively seek to reverse the brain drain by fostering Haitian emigration bringing back our best and our brightest to serve Haiti

4.We must wage war against all economic crimes and the corrupt parliamentary administration whereby men are appointed to posts by favor of the party without regard to character and fitness.

5.We must insure that corruption is rooted out of all state apparatus and those who would corrupt the state are severely punished.

6.The State shall above all undertake to ensure that every citizen shall have the possibility of living decently and earning a livelihood.

7 The state must aggressively move toward redesigning and building a modern capital that account for the needs of its people in a modern society ; that goes as well as all other municipalities. All new construction must meet international standard

8.The first duty of every citizen must be to work mentally or physically. No individual shall do any work that offends against the interest of the community to the benefit of all.
Therefore we demand:

9. The state must take an active role in guiding the economy through efficient planning

10. The state must create national industries vital for the wellbeing of the people
We must streamline the incorporation process..We must our tax code and tax collection process all those who fail to meet their obligation to the state, are criminal traitors and must be treated as such.
11.The creation and maintenance of a sound middle-class, the immediate communalization of large stores, office building and shopping center which will be rented cheaply to small trades people, and the strongest consideration must be given to ensure that small traders shall deliver the supplies needed by the State, the provinces and municipalities and the people.

12. We Need an agrarian reform in accordance with our national requirements, and the enactment of a law to expropriate the owners with marginal compensation of any land needed for the common purpose, and the prohibition of all speculation in land.

13. We must procecute a ruthless war against those who work to the injury of the common welfare of the people and the state. Traitors, profiteers, etc., are to be punished severely, regardless of creed or race.

14. The judicial system must be reformed so that individual rights and property rights are respected and reflect Haitian common law.

15. In order to make it possible for every capable and industrious Haitian to obtain higher education, and thus the opportunity to reach into positions of leadership, the State must assume the responsibility of organizing thoroughly the entire cultural system of the people. The curricula of all educational establishments should be adapted to practical life. The conception of the State Idea (science of citizenship) must be taught in the schools from the very beginning. We demand that specially talented children of poor parents, whatever their station or occupation, be educated at the expense of the State.

16. The State has the duty to help raise the standard of living by providing affordable housing, common health centers, by prohibiting juvenile labor, by increasing physical fitness through the introduction of compulsory games and athletics, and by the greatest possible encouragement of associations concerned with the physical education of the young.

17. We should abolish of the national police and the creation of a national peoples’ (conscript) army who’s purpose is to build the infrastructures of the country as well as defense of territory

18. We demand that there be a legal campaign against those who deliberate stole from the state to enrich themselves through political lies and patronage and bring them all to justice.
(b) Non-German newspapers shall only be published with the express permission of the State. They must not be published in the

19. In order to carry out this program ,the creation of a strong central authority in the State, the unconditional authority by the political central parliament of the whole State and all its organizations.
The formation of professional committees and of committees representing the several sectors, to ensure that the laws promulgated by the central authority shall be carried out by the states.
The leaders of the state undertake to promote the execution of the foregoing points at all costs, if necessary at the sacrifice of their own lives.

20. The State reserves all right.

THE NEEDS OF THE MANY OUTWEIGHS THE NEED OF THE FEW