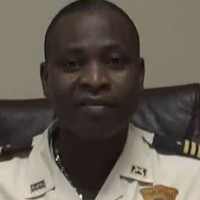 PORT-AU-PRINCE, Haiti (defend.ht) – Haitian Police announced the arrest in Bizoton – south Port-au-Prince – of the well known and well powerful gang leader, Joseph Arnel and one of his lieutenants, Chavannes.

Arnel Joseph is the head of a network of criminals based in the Village of God. His gang is involved in the murder of several police officers, according to Inspector Joseph Dupont in charge of police station of Port-au-Prince.

On the other hand, the detective Joel Coffy assigned to the Central Directorate of Judicial Police (DCPJ), was killed early Thursday morning in his private residence in the town of Santo (north of the capital).

In 2011 alone, 40 police officers have been killed in and out of the line of duty by violent crimes.