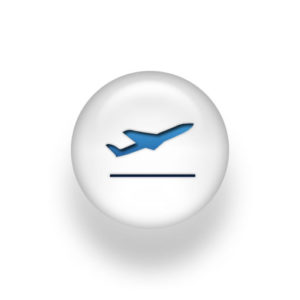 Ira J. Kurzban the lawyer of the Former President Jean-Bertrand Aristide in exile in South Africa since February 2004, asserts that his client cannot return to Haiti without the cooperation of the governments of the United States and South Africa, even if the government of Haiti has issued earlier this month a passport to Aristide.

Kurzban has expressed his displeasure, calling into question the statements of the Government of South Africa who recently said that it was taking steps to ensure the return of former President Aristide in Haiti.

After having read in the press, that the government of Haiti asserted having no contact with the South African authorities, the lawyer sent a letter Friday to Marie-Michèle Rey, the Haitian Minister of Foreign Affairs, for ask explanations.

“I read with interest yesterday a news account where you stated that you have had no contact with you counterpart in South Africa […] I kindly request that you inform me as whether you have been contacted by the government of the Republic of South Africa and what steps you have taken, on behalf of the government of the Republic of Haiti to ensure President Aristide’s immediate return.”

With all due respect, why doesn’t Aristide simply book a flight.

Then – should the South African government move to block his departure, President Aristide should make the problem public to draw attention to his situation.

He was big with the Geopolitical Kidnap concept.

Now he should decry the Geopolitical Hostage concept.

Many do not think Aristide wants to return.

His delay has lost the interest of many supporters as they switch their loyalty to Michel Martelly.

If Aristide does not return – quickly – he will be as dead as yesterday’s news.

8 thoughts on “Haiti – Politic : Aristide’s lawyer doubts the willingness of governments, while many doubt Aristide’s willingness to return-Added COMENTARY By Haitian-Truth”