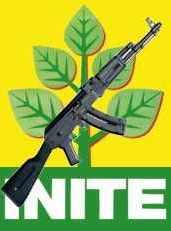 PORT-AU-PRINCE, Haiti (defend.ht) – The leaders of the political party INITE declined  offer of Haitian head of state, Michel Martelly, to participate in  Laurent Lamothe’s government. At a meeting Friday night at the National Palace, two representatives of the Executive Board of the INITE, meant the party’s decision not to integrate the next Government of Mr. Lamothe.

The information was confirmed on Monday morning by Jean Joseph Molière, Deputy National Coordinator of the INITE who reported having met last Saturday Martelly Laurent Lamothe and declined offer  for the political structure to participate in the next government.

“Two party leaders had a cordial meeting for nearly an hour with the president and prime minister, but the party has officially decided not to be represented in government,” said Dieudonne Saincy member of the coordination of INITE.

“We explained that our party had a political orientation different from that of the current team, while INITE not nominate representatives to the government. It stands out from any position. We want to serve the country without participating in the government, “said Dieudonne Saincy.

“If a member of a parliamentary INITE or wants to integrate the next government, it will be just a personal initiative and not the platform,” warns Mr. Molière.

It must be said that the organization of struggling people OPL do not wish to be represented in government formation.

“We prefer to remain in opposition. Because there is no democracy without constructive opposition. This, to assist the development and reconstruction of the country, “explained Sauveur Pierre Etienne, General Coordinator of OPL.

However, he said, “we welcome favorablment the idea of establishing an inclusive government”.