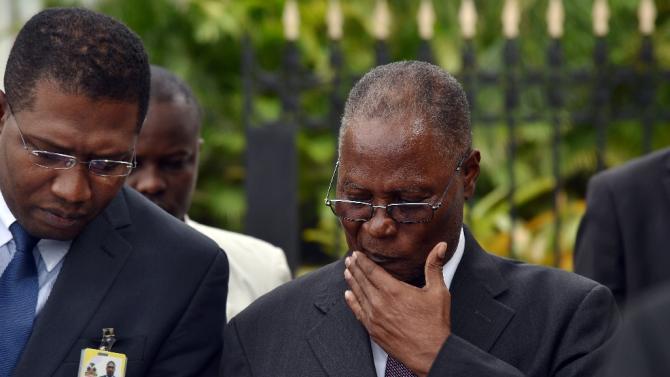 Port-au-Prince (AFP) – Haiti’s interim president named a new prime minister after the last one was essentially rejected by parliament in the latest chapter of the poor country’s chronic political instability.

The new premier is Enex Jean-Charles, a civil servant and professor of administrative law. He has also served as an adviser to several presidents. His appointment was announced by acting President Jocelerme Privert on Twitter.

Haiti has been mired in political crisis since a runoff presidential election in January was suspended amid allegations of fraud on the part of the government. 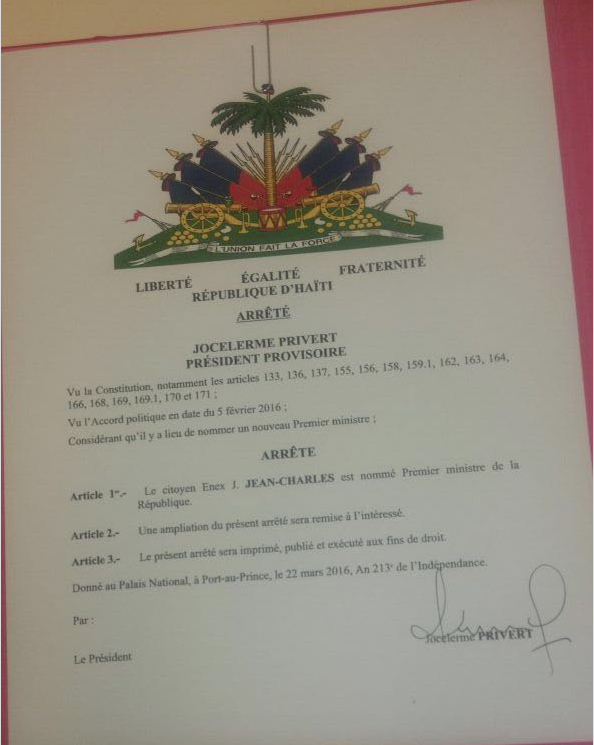 Privert was named acting president to replace the outgoing Michel Martelly and appointed a prime minister in late February — former central bank governor Fritz-Alphonse Jean. But on Sunday, parliament rejected his program to form a government, so Jean was basically fired.

Privert, whose mandate began February 14 and is to last 120 days, went back to the drawing board and has now turned to Jean-Charles.

Jean-Charles needs to form a government and get his government program approved by parliament.

The acting president has said he will wait for this to happen before naming members of the electoral commission so the delayed president runoff can finally be held. This is his main task as acting president.

Haiti, the poorest country in the Americas, is still struggling to get back on its feet after being hobbled by a devastating 2010 earthquake.