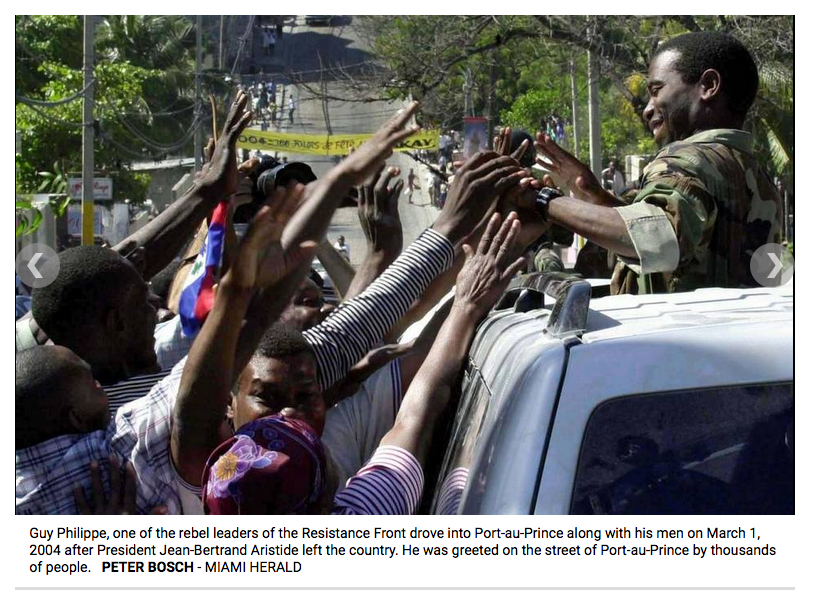 A one-time coup leader who is wanted in the U.S. under sealed indictment is among 1, 515 individuals given the green light by Haiti’s electoral council to run for office in the upcoming legislative elections.

Up for grabs are the entire 118 seats in the lower Chamber of Deputies and 20 of 30 Senate seats.

Among those who will be vying for one of those empty Senate seats is Guy Philippe, a former Haitian police officer who led the 2004 coup that toppled former President Jean-Bertrand Aristide. Over the years, U.S. Drug Enforcement Administration agents have tried — and failed — on at least three occasions to arrest Philippe, who has been wanted in the United States since 2005. This will be Philippe’s third try at elected office in Haiti.

Meanwhile, 522 people — 466 for Deputy, 76 for Senate —were deemed unqualified to run, according to an analysis of the final list of candidates published Friday by the Provisional Electoral Council (CEP).

Among them is not only First Lady Sophia Martelly, whose named was listed as being “rejected,” but also former minister in charge of parliament relations Ralph Theano and former Senator Rudy Boulos. Like Martelly, they were hoping to run for the Senate.

Also disqualified is popular singer and first-time Deputy Garcia Delva. He was first elected to Haiti’s lower house in 2010, representing the Artibonite region. The CEP did not give a reason for the rejections. In total, 29 percent of those who filed to run for the Senate were rejected while 25 percent of candidates for Deputies were rejected.

One popular singer who did make it is Don Kato, the lead singer of Brothers Posse, a Haitian group banned from the country’s last two national carnivals because of his lyrics criticizing President Michel Martelly.

An earlier version of this story incorrectly identified former minister Ralph Theano as president of the lower chamber. He was former minister in charge of parliament relations.