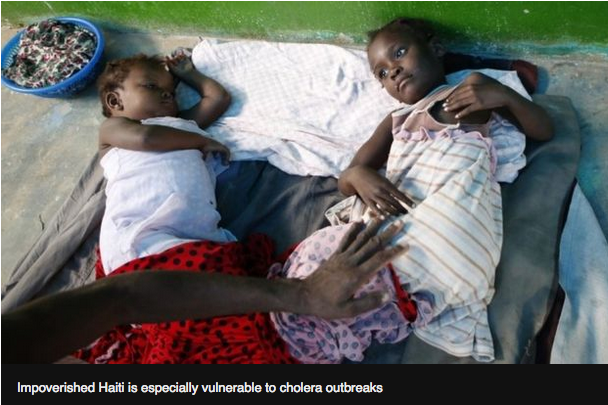 UN Secretary General Ban Ki-moon has for the first time apologised to the people of Haiti for the organisation’s role in a deadly cholera outbreak.

Haiti was cholera-free until it was brought to the country by Nepalese peacekeepers in 2010.

Since then the acute bacterial disease has killed around 10,000 people.

Mr Ban, however, only said he was sorry for the UN’s failure to prevent the spread of cholera and not for bringing it to the Caribbean nation.

“On behalf of the United Nations, I want to say very clearly we apologise to the Haitian people,” Mr Ban said.

“We simply did not do enough with regard to the cholera outbreak and its spread in Haiti. We are profoundly sorry for our role.”

The cholera outbreak has been blamed on leaking sewage pipes at a UN base, as Haiti was already reeling from the devastating earthquake of 2010.

The UN had long denied involvement, only acknowledging it played a role in August this year.

But the UN does not accept legal responsibility and says it is protected by diplomatic immunity from claims for compensation from victims’ families.

Cholera causes diarrhoea, nausea, vomiting and muscle cramps. Once it enters the water supply it is difficult to stop – especially in a country like Haiti which has almost no effective sewage disposal systems.

COMMENT: HAITIAN-TRUTH.ORG
Really too little, too late.
And many more than 10,000 have died from Cholera.
The toll have be kept lower by diagnosing many death – from cholera – as being due to acute diarrhea.