Six years after the earthquake, death and destruction freely roam through Haiti in the form of new epidemics on people and plants. Bill and Hillary Clinton, who ushered the country’s dismantlement through the introduction of subsidized Arkansas rice in the 1990s, an occupation by United Nations troops starting in 2004, and a state of emergency that began within two months of the January 2010 earthquake, have tried to distance themselves during this United States election year from the mess they’ve made. I will not go into the Clinton-led reconstruction here, because I have dealt elsewhere with the alleged financial crimes of this project, and besides, a search through the rubble for the reconstruction funds has become a yearly practice of the alternative press on earthquake anniversaries. Instead, I will focus on a looming disaster. 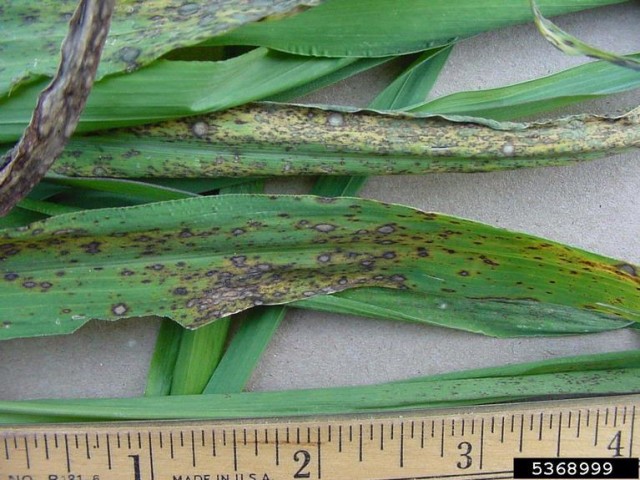 Something quite sinister has been developing in Haiti while the popular attention has been on the debacle of the country’s failed elections. On December 22, 2015, the city of Petit-Goâve’s Coordinator of the Association of Growers for Agricultural Development, Yves Placide, reported that a disease was ravaging the area’s millet plantations. Mr. Placide sent an SOS about the epidemic and asked Haiti’s Ministry of Agriculture, Natural Resources and Rural Development (MARNDR) to dispatch scientists to the plantations to identify and control the disease. Petit-Goâve is in Haiti’s southern peninsula and formally in the country’s West Department. 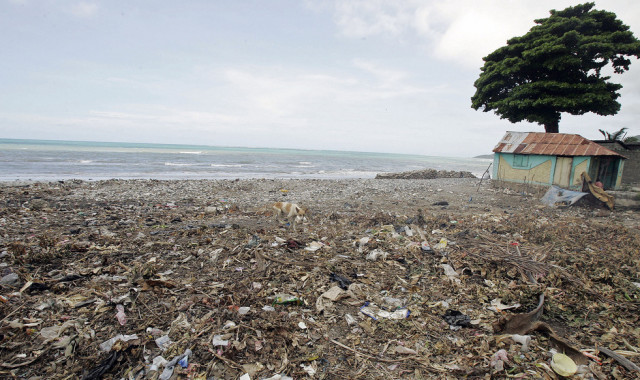 Within two weeks, vast plantations of millet had been ravaged in Haiti’s Center Department, quite far from Petit-Goâve and near to the Dominican Republic. Affected towns included Maïssade, Hinche,  Thomassique, and Thomonde, all of them in the country’s notoriously fertile Central Plateau.  Ironically, the blight happened close to the county office of MARNDR in Hinche. According to farmer-agronomist Beaudler Louis, of MARNDR, “the millet leaves dried up, and their clusters were invaded by insects.” The agronomist said that he did not manage to save even a bunch of millet from his plantation of several hectares because the destruction happened in a “split second.” 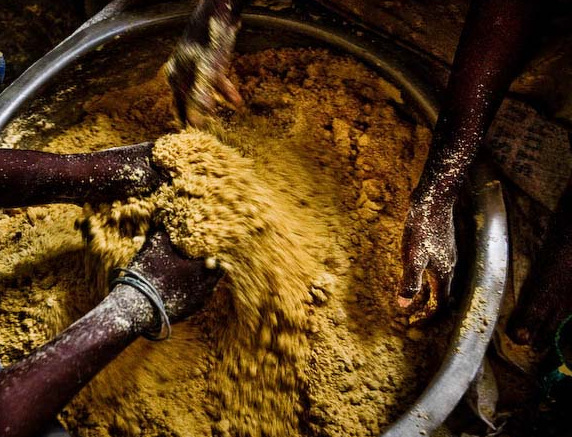 This blight represents a disaster for the farmers of the Central Plateau and an extreme emergency. Millet is a major source of starch for poor Haitians, and, in addition, millet leaves serve as a food for farm animals. Before the dumping of subsidized Arkansas rice on Haiti, when this cereal was a delicacy, rice farmers used to sell their crops and buy millet for themselves. With Haiti’s peasant rice agriculture destroyed, and the price of imported rice climbing, Millet has become an important safeguard against famine in the country. This latest problem of a scarcity of millet and rising prices is compounded by the fact that farm animals will not eat the diseased millet leaves. 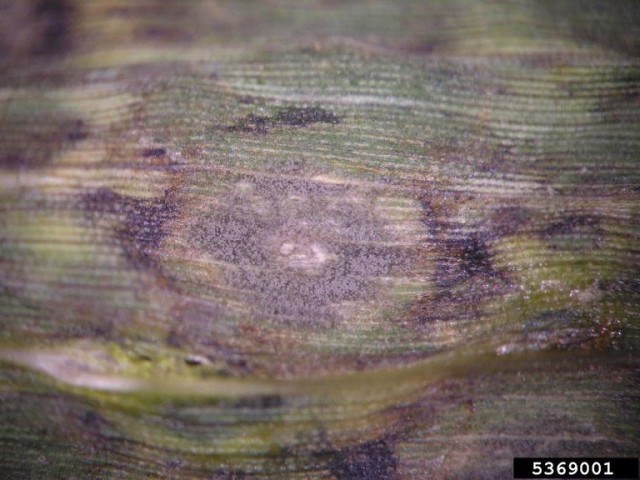 The desperate farmers call on the government for assistance, but like the earthquake of January 2010, this new disaster will likely be exploited by the authorities to solicit foreign aid that will never reach the afflicted people. Already the failure of the millet crop is being blamed on climate change as a reason to beg for money. Who will help the farmers? Is it merely coincidental that six Haitian agronomists were murdered in 2015? The most recent such attack was the July 8 assassination, in broad daylight, of 39-year old Professor Tebert Oscar, of the Agronomy and Veterinary Medicine Department of Haiti’s National University (Université d’Etat d’Haiti, UEH), by supposed unidentified armed bandits. Dr. Oscar was a farmer’s son and a strong supporter of the peasants in his native town of Jean-Rabel. Others killed include 68-year old Jean-Ives Banatte, a former professor of the Université Notre-Dame d’Haiti, staunch defender of the environment, and host of the radio show “Chat on the environment” (Ti koze sou anviwònman). 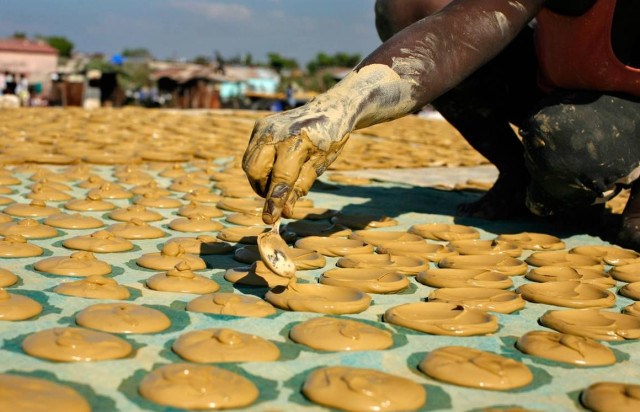 What is the source of the new scourge on Haiti? The physical appearance of the disease and the rapid rate at which it ravaged the millet crop suggest that it could have been caused by the “blast fungus” or “gray leaf spot fungus” Magnaporthe grisea, also called Pyricularia grisea. One possibility is that this fungus has spread from recently introduced crops of rice, corn, wheat, or barley. Some pathogens, especially fungi that attack millet, are shared with other small-seed grasses that are cereal crops for humans. Another possibility, and this cannot be discounted in light of the fact that a vicious war has been waged against Haiti’s creole pig and native rice, is that the pathogen was deliberately introduced in the millet plantations. 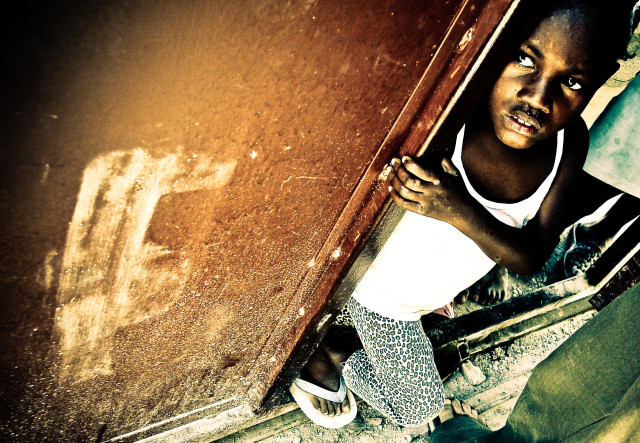 M. grisea is the best-studied fungus that ravages plant crops. Its effect is described as being apocalyptic, and the Haitian farmers depict their plantings as having the appearance of being burned in an instant. When M. grisea’s genome was sequenced by US scientists about 13 years ago, reviewers of the work noted that “the fungus has an even darker side: ‘bad guys’ could use it as a bioweapon to attack world food supplies….” There has been ample time to study the mechanisms of disease of Magnaporthe grisea and generate crops of rice and other cereals that are resistant to it. Though this appears innocent enough, the first step in making a bioweapon is to develop protection against it for oneself. If the blight in Haiti is due M. grisea, it is easy to guess who our bad guys would be. Haiti has never been attacked by anything but governments with imperialist designs and their associated corporations. We will know for sure when we learn who buys the small millet farms of Haiti’s Central Plateau at fire sale prices for their replacement with vast monocultures of M. grisea resistant crops.

It has been six years, and Haiti is not being reconstructed but rather being demolished in every way and depopulated. Under the guise of humanitarianism, the international community is engaged in a ruthless project to undo the Haitian Revolution. If we do not stop counting the years post-earthquake, wake from our shock, rid ourselves of these plagues, and reset the clock, it will be our peril as a people, culture, and country.