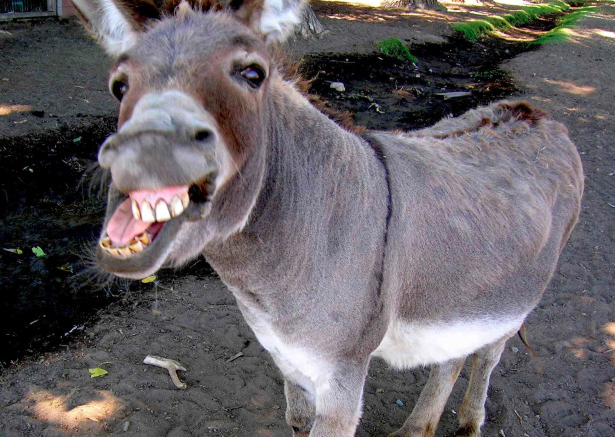 Weather Channel meteorologist Jen Delgado has apologized for a bizarre comment she made on air, suggesting that deforestation in Haiti is due in part to hungry children eating trees.

The comment came during a segment on Hurricane Matthew as it prepared to make landfall in Haiti, where Delgado noted the country has a severe deforestation problem. “They take all the trees down, they burn the trees … even the kids there, they’re so hungry, they actually eat the trees.”

Deforestation, as Miami station WLRN notes, is largely caused by people using trees for fuel. Delgado later apologized, but did not explain why she believed children were eating trees. “I want to begin by apologizing for a statement I made yesterday that was found inappropriate,” she said. “My intention is always to inform and educate.”

The apology, WLRN reports, went nowhere in Miami, where members of the large and influential Haitian community found it insulting and irresponsible:

“You lied on TV. You deserve to be dismissed,” wrote McKenzie Fleurimond, a former North Miami Beach councilman.

Mia Lopez, co-founder of sakapfet.com and Miami resident, took to her Instagram account writing, “It is disgusting that in 2016 #theweatherchannel can have uneducated people like…Jennifer Delgado on the air telling MILLIONS that children in Haiti eat trees because they are going hungry!”

COMMENT: HAITIAN-TRUTH.ORG
We should never be surprised at the complete and total lack of knowledge, with regard to Haiti, its past, present and future.
That is one of the reasons Haiti has so many problems  with transmitting reality.
Scandals and violence sell more newspapers and gain more viewes.
And then, there is the AP representative in Haiti who write highly biased pieces that are out of step with any form of truth.
Better to eat trees than swallow the garbage written by Associated Press.