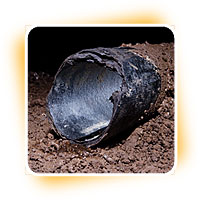 Authorities in the Caribbean nation announced last week that they were investigating a new cholera outbreak in the area after rains damaged sewer pipes. Hundreds of people sought medical attention.

Health officials announced the deaths Monday and said only 17 villagers remained hospitalized. They say health workers are disinfecting potable water and scouring the area for any new cases.

Cholera was first detected in the Dominican Republic in late 2010 after an outbreak in neighboring Haiti, where it has killed more than 7,000 people.