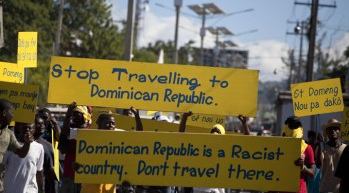 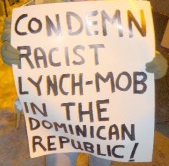 Government officials reported that approximately 9,332 foreigners were expelled or not permitted to cross the border.

In September alone, the Dominican Republic deported or didn’t allow entry to over 9,000 people, made up mostly of Haitians, government officials reported.

A statement published by the Directorate General of Migration said that 9,332 foreigners were expelled or not permitted to cross the border into the Dominican Republic during the month of September.

Lieutenant General Mazimo William Munoz Delgado said approximately 5,254 were denied entrance due to faulty documentation while an additional 4,069 were deported to their native country as a result of an irregular migratory situation.

The majority of deportations were of Haitians, who have historically faced anti-immigrant, racist and institutionalized discrimination in the Dominican Republic with whom they share the island of Hispaniola.

Additionally, immigrants from Albania, Belgium, Bulgaria, Cuba, Spain, the United States, the Netherlands, Portugal, Russia, Taiwan and Venezuela were also either deported or refused entry into the Caribbean nation.

During a news conference in July, the Human Rights Observatory for Vulnerable Groups, denounced the rough and inhumane treatment of deportees, stating that security forces will often force Haitians into “mobile prisons.”

ODHGV legal adviser Juan Alberto Francisco told the press that often Haitians are detained despite legal documentation and, at times, residency rights, under claims that they may have been forged.

Francisco said SEHRD President Avenel Archelus was violently assaulted, injured and arrested while he was trying to find his passport.

COMMENT: HAITIAN-TRUTH.ORG
And the Dominican Republic refuses treatment in their hospitals for Haitian women.