Amaral Duclona.
SANTO DOMINGO. – The Supreme Court on Wednesday ruled to extradite the Haitian gang member Amaral Duclona to France, where he’s accused of the death of an honorary French Consul, in Haiti.
The Justices Hugo the Alvarez, Julio Ibarra, Edgar Hernandez, Victor Jose Castillo and Dulce Rodriguez ruled as the Justice Ministry and France’s embassy requested.
President Leonel Fernandez is now expected to sign the decree to extradite Duclona, arrested in La Romana on September 8.

It is said that President Rene Preval controls at least 80 percent of the hard criminal element in Haiti.  He uses these to create targeted violence and chaos that justifies a variety of actions in support of his undemocratic goals. Elections can be cancelled,  innocent individuals can be arrested,  people are kidnapped, some are murdered on Preval’s direct orders.

When it became apparent that Amaral Duclona was about to be arrested, Preval had Jude Celestin, boyfriend of Preval’s daughter, obtain a false identity for Duclona. Celestin then had a Haitian passport issed in the name of xxxx.

The night before his departure for a hideout in the Dominican Republic, Duclona stayed at Preval’s sister’s house.   She was married to Preval’s long-time friend and criminal associate, Serge Calvin.

Duclona received a steady stream of cash from Preval in the palace, through the Prime Minister’s office (under Michele Pierre-Louis) and the PNH. It is hard to believe, but these funds were forwarded via Western Union and UN investigators have the receipts, signed request and proof of Preval’s personal and direct involvement in Duclona’s run into hiding, and his previous crimes. 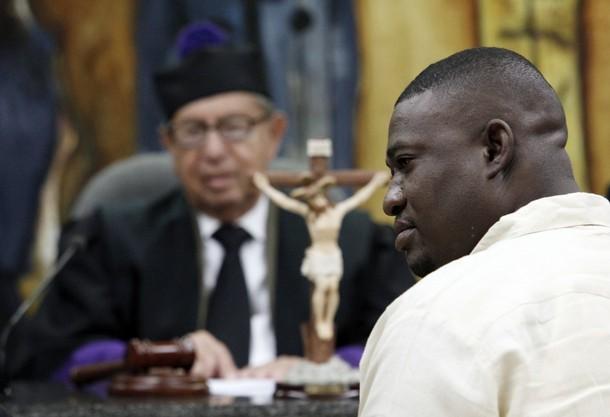 Duclonas killed the  French Consul in 2005.