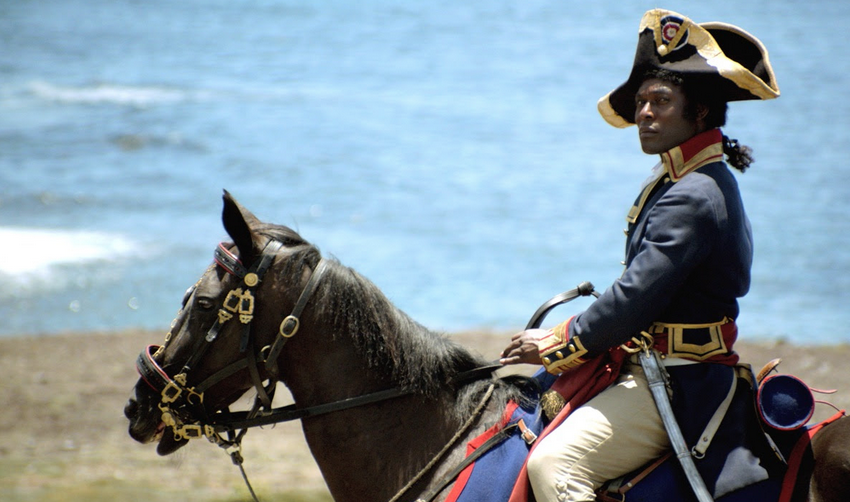 Haiti is known for its valiant fight for independence in 1804, the earthquake that killed hundreds of thousands of people in 2010, and as the only country in the world with a last name: “Haiti, the poorest country in the western Hemisphere.”

Elections in Haiti were postponed last month amid fears of ballot stuffing. The new president will need a powerful mandate to, for example, compete with climate change and Syrian refugees for foreign aid. Though history suggests that even if Haiti gains new aid commitments, they still won’t get to decide how to invest it.

The History of Haiti

Columbus named the island Hispaniola or “little Spain” in 1492. Two centuries later, the Spanish surrendered the western part of the island to France. In 1801, Toussaint L’Ouverture, a former black slave, abolished slavery and made himself governor-general. In 1804, Haiti became the first free republic of an African-born people. The United States feared that would inspire its own African descendants to revolt and didn’t recognize Haiti as a sovereign nation until 1862.Haiti couldn’t participate in the industrial revolution because French bankers forced punitive payments for 120 years after independence, an unprecedented tax on self-determination. The U.S. invaded in 1915 following racial friction that threatened American property owners, and maintained fiscal control until after World War Two.

“Papa Doc” Duvalier came to power in 1956. The U.S. government disregarded his human rights record and provided aid to fight communism. In the 1980s, the U.S. ordered the slaughter of all Haitian pigs to stop swine flu. That wiped out the store of wealth of Haitian farmers even though the small Creole pigs couldn’t carry the swine flu. In the 1990s, the U.S. government forced “free trade,” programs on Haiti, which destroyed the rice industry and benefitted U.S. farmers.

In 1996, the U.S. congress declined to provide budget support for the government of Haiti, and instead, funded the “gentle invasion” of thousands of American non-government organizations (NGOs). Foreign aid under these conditions weakened Haiti because it severed the sovereign relationship between elected leaders and the people.

The earthquake in January of 2010, killed hundreds of thousands of people, and provided the prospect of change. But there was no strong mandate for the next president because western diplomats meddled in the next election, and the “humanitarian industry” makes many of the most important decisions.

No country was ever lifted out of poverty by just foreign aid. Haiti’s models of government-private sector relations and wealth creation are archaic, and the culture is event-driven and fatalistic, which makes development harder.

Haiti’s top goal should be to make sure people could survive future earthquakes and hurricanes, and to build a safety net for rural people. But poverty is not just lack of medical care, nutrition, education, and housing; it is the exclusion from global networks of learning and investment; all these factors result in the loss of agency, hope and aspirations. And hopelessness results in violence.

Here are three ideas that would help Haiti reclaim its sovereignty and integrate with the rest of the world.

First, two nations cannot simply co-exist on the island of Hispaniola. There is no solution that builds long-term prosperity in Haiti that does not focus on the relationship between Haiti and the Dominican Republic. A combined market of 20 million people would stimulate investment, job creation, and market-entry advantages. They need to make sure that it is done not just for the biggest businessmen in “little Spain”.

Second, we need to enable all the young citizens of Haiti to learn Spanish or English. Haiti cannot integrate its people into global networks when they don’t speak the two languages of their neighbors.

Third, government ministries should approve the plans and monitor results of all NGOs who entered the country after 1996. NGOs should pay a fee to be evaluated, and any NGO that fails either part of the process should be asked to leave the country for creating a local brain drain, abusing their tax free status, and creating inflation in housing, cars and food prices.

It is up to the descendants of the intrepid revolutionaries of 1804 to find and elect a leader who can make informed choices and take timely action. The American government should grasp its historic accountabilities, and encourage the new discourse on Haitian self-determination. A Haitian entrepreneur from a rural family told me, “Comprehending independence in 1804 is what makes us Haitian, but Haitians have never been free since.”

Fairbanks is an author and fellow at the Weatherhead Center for International Affairs at Harvard University. He worked for government and private sector leaders in Haiti before and after the earthquake.