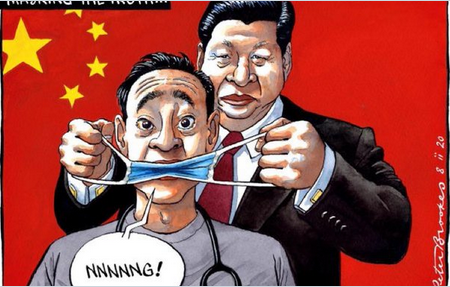 As the novel coronavirus sweeps across the world, some countries are finding themselves in a difficult situation.

Low on supplies or money, traditional American allies like Spain, Italy, France and Japan have had to turn to China for help.

China has used its money, medical equipment and teams of doctors and nurses in a high-stakes campaign to show the world that while the United States scrambles to contain the novel coronavirus within its borders, China is busy moving in on some of America’s closest allies.

“Never let a good crisis go to waste,” Dimitar Bechev, a senior fellow in the Atlantic Council’s Eurasia Center, wrote. “There is no better illustration that the medical supplies and crews of doctors China has been supplying to Italy and other European countries battling COVID-19. Beijing does carry a large share of the blame for the global pandemic… but now it seeks to shape the narrative of the crisis unfolding before our eyes.”

China has also been floating the idea that it has donated all of the medical supplies out of concern for the world. That’s not the case, Chang said.

“A lot of the stuff that China claims has been donated has not been donate,” he said. “It’s been sold.”

China has come through for several countries but, in some, it has fallen short of expectations.

In Spain, for example, Health Minister Salvador Illa announced Wednesday that the country had bought $467 million in medical supplies from China, including 950 ventilators, 5.5 million testing kits, 11 million gloves and more than half a billion protective face masks.

Soon after receiving the supplies, the Spanish government announced plans to return 9,000 “quick result” test kits to China, El Pais reported, because they were deemed substandard, specifically the sensibility of the test was around 30 percent, when it should be higher than 80 percent.

China admitted that the kits they sold to Spain were bought from Bioeasy, a Chinese company not licensed to make them.

The time and money Spain wasted on faulty supplies could have devastating effects on a country that is now in its second week of a national lockdown after cases of COVID-19 spiked.

Spain now has at least 49,515 confirmed coronavirus cases, according to its Ministry of Health. Of that number, 8,000 people were confirmed to have the virus in the past 24 hours. Nearly 27,000 people remain hospitalized as Spain scrambles to contain the virus.

In Italy, Beijing sent more than 300 Chinese intensive-care doctors to help the country, which has the second-highest number of COVID-19 cases behind China. As of Thursday, Italy has 74,386 cases of the coronavirus compared to China’s 81,782 cases.

Though the country has close ties with the United States, Italy has turned to China, Russia and Cuba for help. 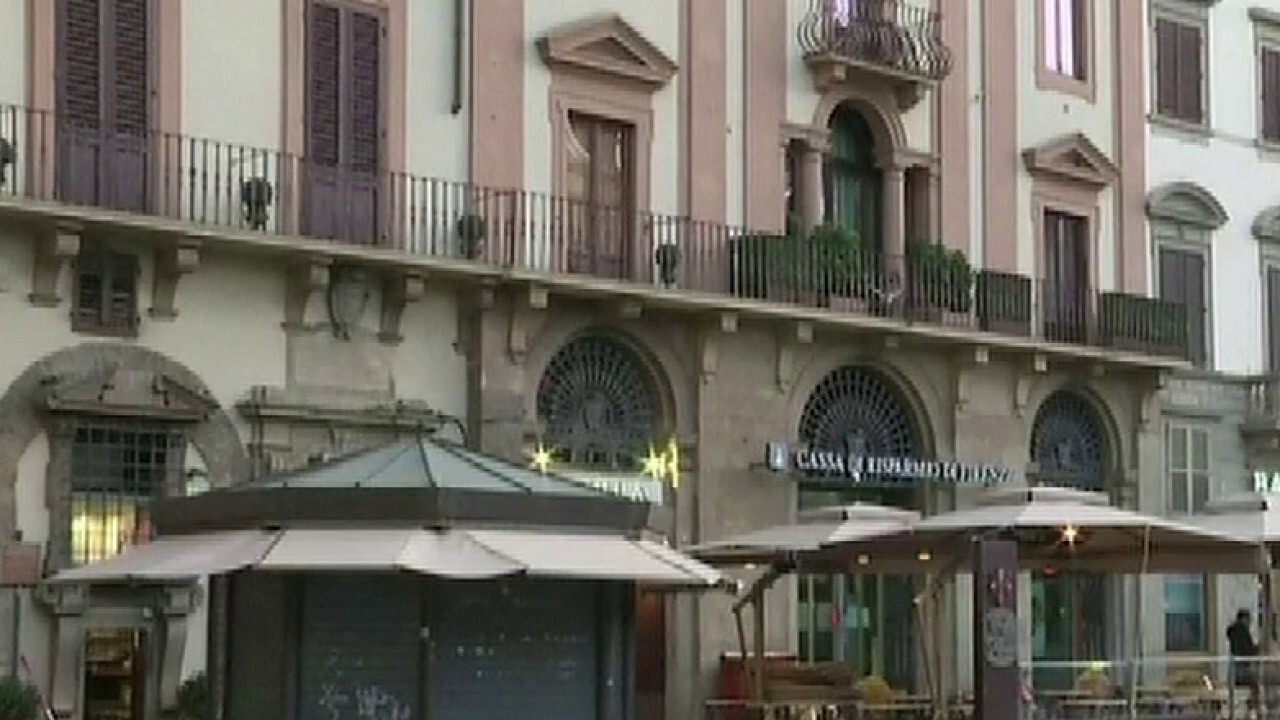 Chinese teams arrived in mid-March with medical equipment and experts who told the Italian government that its lockdown was too weak. Italy took China’s advice and tightened the screws, making sure people had protective masks and practiced social distancing. China also sent over shipments of medical supplies with a gigantic Chinese flag displayed on the supplies that read, “The friendship road knows no borders.”

Then came the Russians.

Nine Ilyushin 76 planes from Russia arrived in Italy crammed with epidemiologists, virologists, medical equipment and pharmaceuticals. The Italian media dubbed the help from Moscow as “From Russia With Love,” a nod to the 1963 James Bond movie.

“Never had so many Russian planes and personnel landed before in a NATO country,” La Repubblica wrote.

Then it was Cuba’s turn.

Thirty-seven Cuban doctors and 15 nurses, who had previously battled Ebola in Africa, showed up in Italy ready to help the country.

Pictures taken of Cuba’s medical posse was posted on Italy’s Civil Protection Agency Facebook page. While some of the comments thanked China, Russia and Cuba for their help, others slammed the United States, a longtime Italy ally,  for not showing up in any meaningful way, NPR reported.

China also sent France some much needed medical supplies. A March 18 tweet from the Chinese Embassy confirmed the supplies — which included face masks, medical gloves and protective suits — had arrived. The tweet concluded with “United we will vanquish.”

When the Princess Diamond cruise ship docked in Japan, China donated testing kits to the National Institute of Infectious Diseases in Japan.

CORONAVIRUS LIVED ON DIAMOND PRINCESS CRUISE SHIP FOR UP TO 17 DAYS, CDC SAYS

A team of seven specialists from the Chinese Center for Disease Control and Prevention showed up in Iraq on March 7 and have pledged to stay a month to help Baghdad help with testing, treatment and follow-up care of sick patients, China’s state-run news agency Xinhua reported.

In neighboring Iran, China had sent over a team of experts on February 29.  When the United States tried to offer aid to their longtime adversary, the country’s supreme leader Ayatollah Ali Khamenei refused it. Instead, the ayatollah questioned America’s motives and then began pushing one bizarre lie after another. He alleged without any evidence that COVID-19 “is specifically built for Iran using the genetic data of Iranian which they have obtained through different means.”

His comments prompted U.S. Secretary of State Mike Pompeo to tweet: “The U.S. has offered $100M+ in medical aid to other nations – including Iran – and our scientists are working 24/7 to develop a vaccine. @khamenei_ir has rejected American offers and spends 24/7 concocting conspiracy theories. How does that help the Iranian people.”

Other countries China has helped during the pandemic include the Philippines, where Chinese Ambassador Huang Xilian handed over 100,000 test kits, 10,000 personal protective equipment, 100,000 surgical masks and 10,000 N95 masks.

In the Czech Republic, Chang said 80 percent of the kits China sold were either  “faulty or produced inaccurate results.”

As part of its global campaign, China’s presence was also felt in the Ethiopia, Liberia and Serbia.

“European solidarity does not exist,” Vucic said. “That was a fairy tale on paper. I believe in my brother and friend Xi Jinping, and I believe in Chinese help.”

Peter Navarro, a senior Trump administration trade official has signaled that the United States wasn’t too proud to say yes to Chinese masks, gown goggles and other equipment but told The New York Times that the administration “will object to any Chinese effort to turn deliveries into fodder for propaganda that could bolster China’s image at home and abroad.”

China now produces 116 million masks a day, 12 times more than it used to.