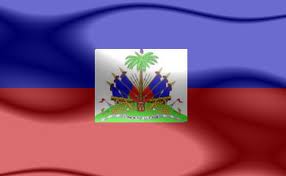 PORT-AU-PRINCE — When Jamaican officials snubbed a group of young Haitian soccer players who visited two years ago on the heels of a deadly cholera outbreak in their quake-torn homeland, a revolted Marguerite Rigaud immediately went into action.

In a matter of days, the Pétionville restaurateur had thousands of Haitians marching through the streets of Port-au-Prince protesting the boys’ mistreatment by a fellow Caribbean nation.

“I couldn’t believe that another black nation would do this to a sister nation. I found it revolting,” Rigaud said.

The rare demonstration of Haitian unity illustrated the disconnect that exists between Haiti and its Caribbean neighbors.

This divide, which goes beyond language and history, has made Haiti an outsider in the 15-member Caribbean Community regional bloc known as Caricom. But there will be an opportunity to mend fences when Caricom meets for the first time in Haiti on Monday and Tuesday.

As chairman of Caricom for a six-month term, Haitian President Michel Martelly will host Caribbean leaders as well as U.S. Attorney General Eric Holder for a round of talks on crime and security, regional trade and other matters.

“What this will do is push Haiti further into Caricom,” said Ambassador Earl Huntley, head of the Caricom office in Haiti.

But Rigaud isn’t so sure. “I personally don’t see the benefits of Haiti being in Caricom,” she said. “There is a big hypocrisy there. We in Haiti are 10 million people and we are an important market for them. But no matter where we go, we are badly received; we need to have a visa.”

The two-day gathering comes as Martelly attempts to raise his unlucky nation’s profile on the international stage, and Caribbean observers debate the future of the bloc as it prepares to commemorate the 40th anniversary of its formation in July.

But it has been an uphill battle for Haiti to feel like a full-fledged member of Caricom, which is comprised mostly of English-speaking former British colonies.

With the exception of the Bahamas, no Caricom country has an embassy in Haiti, and only Turks and Caicos, an associate member, has regularly scheduled flights here.

Meanwhile, Caricom’s biggest priority — allowing for the free movement of goods, services and skilled labors throughout its member states — doesn’t fully extend to Haiti. There are still restrictions on the movement of Haitian nationals.

“In assuming the chairmanship of Caricom, the Haitian government wants to show its willingness to integrate,” said Duly Brutus, Haiti’s ambassador to Caricom and the Organization of American States.

In its quest to strengthen political, economic and diplomatic relations with fellow Caribbean nations, Haiti will be pushing several issues, Brutus said. Among them: identifying possible commercial exchanges with Caricom countries to boost trade.

The body’s clout with trade matters was apparent Sunday when the foreign ministers met with the international candidates vying for the director’s general job with the World Trade Organization after they flew in to lobby Caricom’s support.

Meanwhile, merchants who usually line sidewalks were nowhere to be found on Sunday, and the route to their hotels was lined with flags of the Caricom countries.

At the Karibe hotel, where the summit will take place, artisans were setting up an exhibit of their work, and at Oasis, presidential security was making final arrangements for a state dinner on the final night, sponsored by the Ministry of Tourism.

Haiti also hopes to benefit from the Caribbean’s tourism expertise as it seeks to reclaim its place as a leading tourism destination in the region.

“It should be remembered that during the 1950s and 1960s,” Brutus said, “Haiti was the second tourist destination in the region after Cuba.”

But for the region as a whole, regional transportation and trade, as well as crime and security, are expected to top the agenda. Holder will discuss the latter, which had become a vexing problem for many island economies, as they experience unprecedented hikes in violent crime.

Other issues expected to be raised include immigration. Both the Bahamas and Turks and Caicos have been besieged by illegal Haitian migration.

“From the perspective of the Turks and Caicos, it’s really more about our capacity to absorb some Haitian nationals,” said Premier Rufus Ewing, whose British-dependent territory is among the bloc’s five associate members.

“They represent a significant portion of our workforce, our most ready and economic source of labor,” Ewing said. “But we want to address our immigration policies, controlling illegal immigration and the recruitment of skilled laborers.”

Albert Ramdin, OAS assistant secretary general whose native Suriname is also a member of Caricom, said Martelly’s chairmanship represents an opportunity to strengthen the relationship between Haiti and other Caricom members.

Martelly has asked Caricom to adopt French as an official language. A report on the costs of adding French and Dutch, spoken in Suriname, will be presented.

Haiti, Ramdin said, should seize the opportunity to not just “synthesize, but convince Caricom leaders of what role Haiti can play in the Caribbean.”

While Caricom leaders have long paid homage to Haiti’s slave revolt, which resulted in Haiti becoming the first black republic in the Western Hemisphere, many observers have questioned the extent of leaders’ commitment to the country.

“I accept that Caricom as a relatively poor region, cannot provide the financial assistance that developed countries can but it should have done, and be doing, much more in terms of scholarships, diplomatic support in international organizations,” said Reginald Dumas, a former Trinidad and Tobago ambassador who served as U.N. special advisor to Haiti.

“We need Caricom and Caricom needs us more. I don’t really think our Caribbean neighbors get that,” he said. “The sun will rise again in, and for Haiti.”