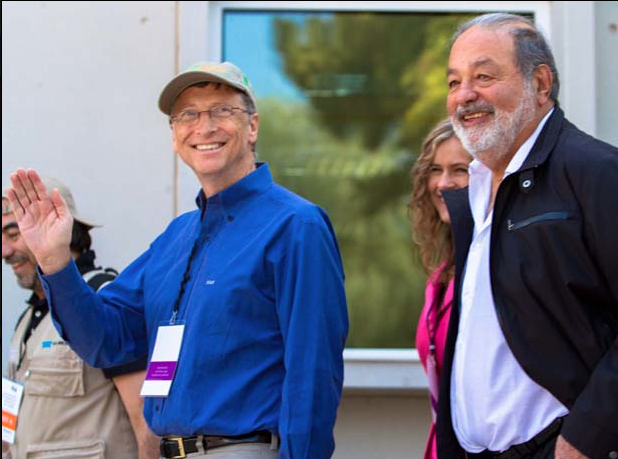 The Carlos Slim Foundation and the Bill and Melinda Gates Foundation have together invested $25 million in a new bioscience complex for agricultural research in Texcoco, Mexico.
Called the International Center for the Improvement of Corn and Wheat (Centro Internacional de Mejoramiento del Maíz y Trigo, or “CIMMYT”), the investment will support global research into corn and wheat, with the intention of meeting the challenges of the rising cost of inputs (i.e. fertilizer/herbicides/pesticides), as well as the depletion of natural resources and the impact on climate change.
The world’s population is expected to hit nine billion in 2050, and this new complex in Texcoco is intended to allow researchers to accelerate the production of important seeds, and also to incorporate more national and international researchers in programs affecting agriculture worldwide.
“This new infrastructure will boost economic growth, employment, food self-sufficiency, and the export sector,” said Slim, the richest man in the world. The Carlos Slim Foundation has already contributed 360 million pesos (US$28.4 million) for 90 laboratories, some new, some renovated, to support the initiative.
Specific to CIMMYT, Slim said that the center will position Mexico in a strategic role in the region, with the center having lower costs yet access to highly specialized equipment to allow for advanced research into plant genetics.
“We will witness the introduction of modern agricultural practices that are more sustainable, such as precision agriculture and conservation,” he said.
The telecommunications magnate then added that this would be “supported by smart phone technologies in the fields for farmers, and digital tools in the labs.”
Bill Gates, founder of the Bill & Melinda Gates Foundation and the second richest person in the world behind Slim, said that CIMMYT would be key to reducing poverty in Mexico and in the world.
“We have seen the need to meet the challenge of feeding more people, and for that we must use scientific and technological innovation,” he said.
The two billionaires are not strangers to each other:  in 2010 they announced a $150 million fund to promote child nutrition and fight diseases such as malaria in Mexico and Central America.
Gates is estimated to be worth $66 billion, and Slim $78 billion.

(TE Wilson is the author of Mezcalero, a Detective Sánchez novel.)