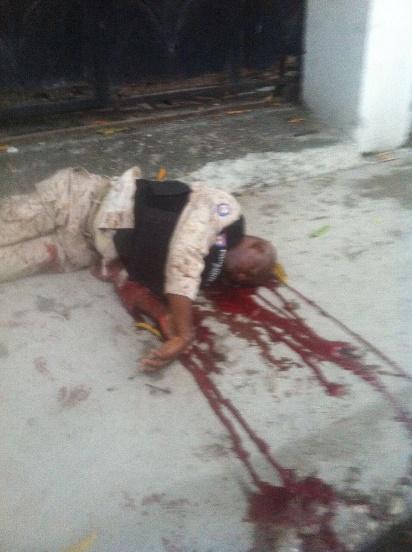 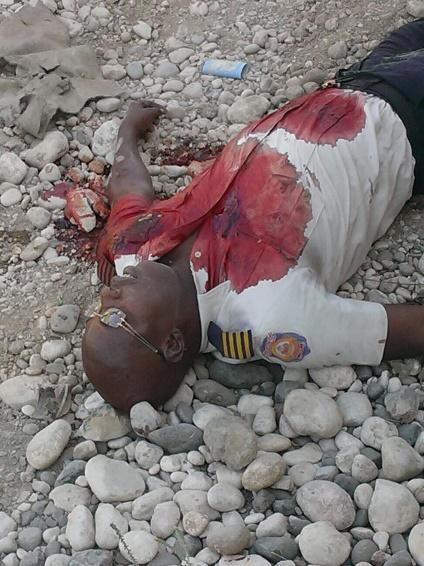 Shortly after Aristide’s first return, on the bayonets of 23,000 American soldiers, in 1994, the International Community set out to restructure our PNH. This was all a part of the Governor’s Island Accord, signed by General Cedras and Aristide.

This accord was based upon the continued existence of the Forces Armees d’Haiti (FAdH) as a countervailing element to offset the American prediction of an Aristide attempt to grab power.

The new FAdH Commander in Chief was to be selected, in accordance with the Constitution, and existing Military Regulations. This called for the selection to be made from existing General Officers. Had the Accord been honored, the COMCHIEF would have been either General Duperval, or General Mayard.

Instead, Aristide forced the appointment of Lieutenant Colonel Pouisson, the Fire Chief, as a Brigadier General – then named him COMCHIEF with the order to disband the FAdH.  This included the firing of the new COMCHIEF himself in a sort of self-suicide.

The American generals, in Haiti, stood by as Clinton ordered this violation of the Accord.

Then the International Community set out to restructure the PNH. To do so the American and Canadian trained a bunch of new policemen. Aristide then fired all of these Canadian/American trained officers and selected each and every new PNH man as his own Lavalas person.

American Secretary o State, Warren Christopher, attended an OAS summit, held at Club-Med. Here he gave a speech to the current PNH promotion, as Aristide looked on. Christophe told them they, as PNH officers, would be expected to have loyalty to the Ntion, and not a specific political lader.

Aristide then took the podium and asked, “Where is your loyalty?!!!”

Aristide smiled down at Christopher who meekly failed to respond. 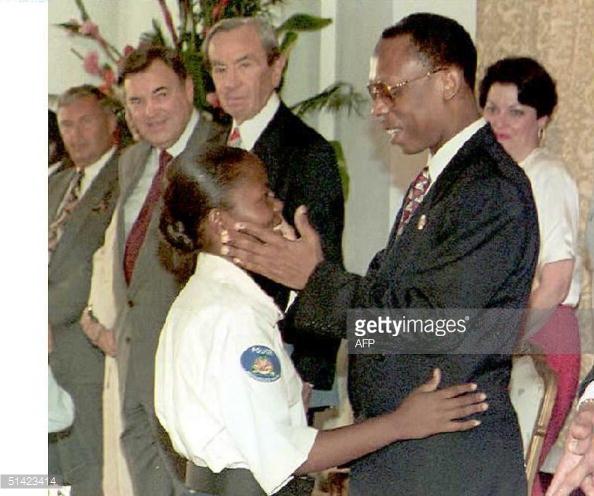 Instead, the American Secretary of State jumped to his feet and rushed from the meeting, and the country, explaining that he had important affairs elsewhere.

Yet again, the Americans bowed to Clinton associate, Jean-Bertrand Aristide as Christophe, and others, spoke of Democracy but did not follow-up.

Aristide is back in action again and we are losing non-Lavalas PNH officers at an alarming rate as PNH Chief GEDEON – a Lavalas supporter – does nothing.

On December 11, 2016, a young PNH officer, from the 26th Promotion (a supporter of Jovenel Moise) was killed by a known gang-leader. The gang leader was arrested and taken to the Petion-Ville PNH Caserne.  Then Petion-Ville Mayor St. Roc (Lavalas sympathizer) has him released. Now Minister of Justice issue paper against St. Roc.

Nothing will happen since it is all a part of the Privert?Aristide/Lavalas charade.

The game aims at the overall destabilization of Haiti, by Aristide’s 8% Lavalas, supported by the murderer/thief/assassin Jude Celestin and Moise Jean-Charles who meets the same criminal standard as Jude Celestin.

Time to wake up and smell the roses before they turn into manure!

ARISTIDE MUST BE REMOVED FROM THE EQUATION IF DEMOCRACY IS TO HAVE ANY CHANCE.