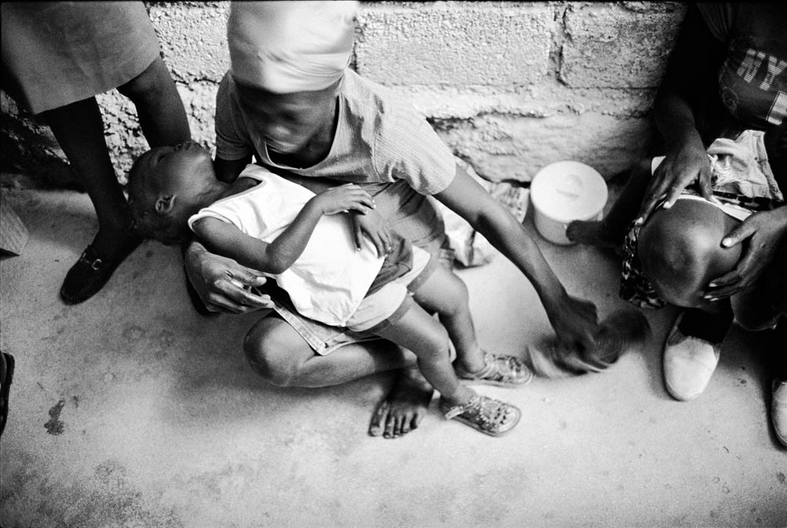 As political and socioeconomic factors have triggered a massive upsurge in violence, Haiti is faced with a looming health crisis developing far from the media spotlight.

The increasingly violent environment is affecting the work of MSF’s teams, as well as the public health system as a whole. Poorly financed, staffed, and equipped, Haiti’s public health facilities cannot cope with the current influx of patients, while security issues are restricting the movements of medical workers and the transport of equipment, blood, and medicines.

“The current crisis has further worsened the fragile health situation, potentially increasing mortality,” said Lindis Hurum, MSF head of mission in Haiti. “On one hand, you have a lack of doctors, drugs, and essential supplies such as oxygen and electricity in public health facilities. On the other, you have an increase in patients who cannot afford to go to private hospitals. All the elements of a crisis are in sight.”

For months now, Haitians have seen a steady decline in their purchasing power as the national currency is devalued and fuel prices have increased—all amid a series of political stalemates and scandals.

The past year has seen a rise in large-scale and sometimes violent demonstrations, coupled with a sharp rise in gun violence. In the first three months of 2019, MSF treated 237 patients for gunshot wounds at its emergency center in Port-au-Prince’s Martissant slum—roughly twice as many as in the same period last year.

Since June 9, tensions have escalated and there have been almost daily demonstrations and bursts of violence in cities including Port-au-Prince, Les Cayes, and Gonaïves. In just over two weeks—from June 9 to 25—49 patients with gunshot wounds arrived at MSF’s Martissant Center, nine of whom had life-threatening injuries.

“Gun violence and street clashes are escalating,” said Hurum. “Barricades have been set up in the streets and on the main roads. Anger, fear, and despair are palpable everywhere. The normally traffic-jammed streets of Port-au-Prince stand empty because people fear there could be an upsurge of violence at any moment. No one feels safe, including our medical teams, who have faced serious security incidents in recent days.”

On June 23, an MSF ambulance transporting a pregnant woman to the hospital was stopped by a group of 20 armed men at a barricade. They threatened the team by pointing guns at their heads and forced them to turn back. On the same day, a patient leaving MSF’s Martissant Center was shot dead as he left the building, right outside the main entrance where a metal gate is emblazoned with the words “Weapons Forbidden”. 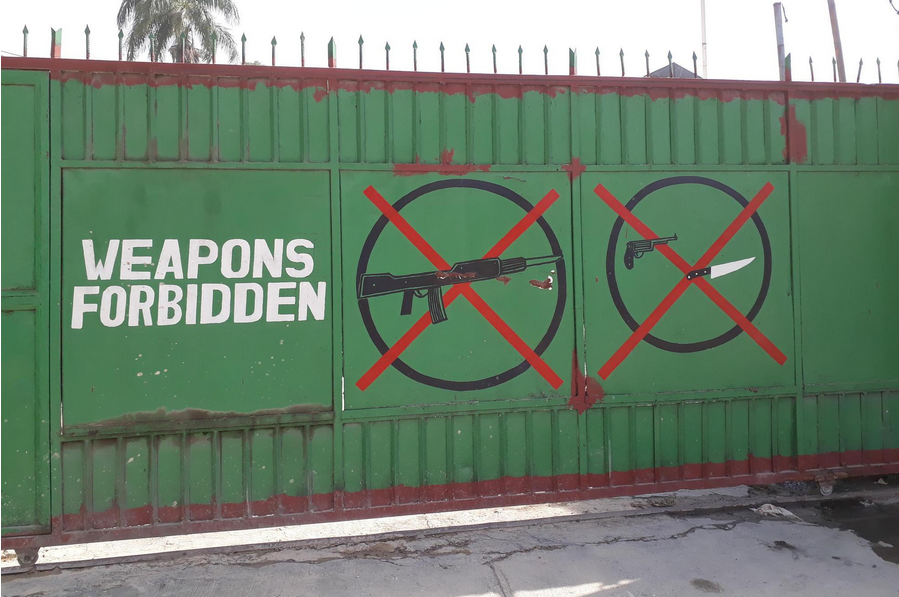 On the night of June 23, 2019, a patient was shot dead just in front of this gate at MSF’s Martissant Center in Port-au-Prince.

Haiti 2019 © Sandra Lamarque/MSF
MSF’s Martissant Center is one of just a few emergency rooms that function 24/7. The 26-bed center provides lifesaving stabilization and care to patients, free of charge, before transferring them to larger health facilities with advanced surgical capacity.

“We work day and night to save lives in a very stressful context,” said Samira Loulidi, coordinator of the Martissant Center. “When patients arrive, we stabilize them and give them first aid care. But we are not a hospital, and we need a functioning referral system to ensure more advanced medical care for patients [with multiple traumatic injuries].”

Loulidi added that it can be extremely difficult to secure adequate follow-up care for these patients in a beleaguered health system. “Today, we have to try our luck with two or three hospitals, and sometimes more, before being able to find a solution for a patient – sometimes without success,” she said. “There is always something missing, whether it’s medical staff, blood, or medicines. In circumstances like these, how can you guarantee vital continuity of care? It’s just unbearable.”

Amid these challenges, MSF teams continue to respond to critical health needs in Haiti, as people struggle to deal with social tensions and violence.

The unfortunate thing is that those who are paying people to demonstrate live in up-scale areas where no one would dream of bothering them.

One of Doctor Boulos’ street mobs burned down one of the few hospital facilities in Cite Soleir.  The people had little medial hope before. Now they have none. 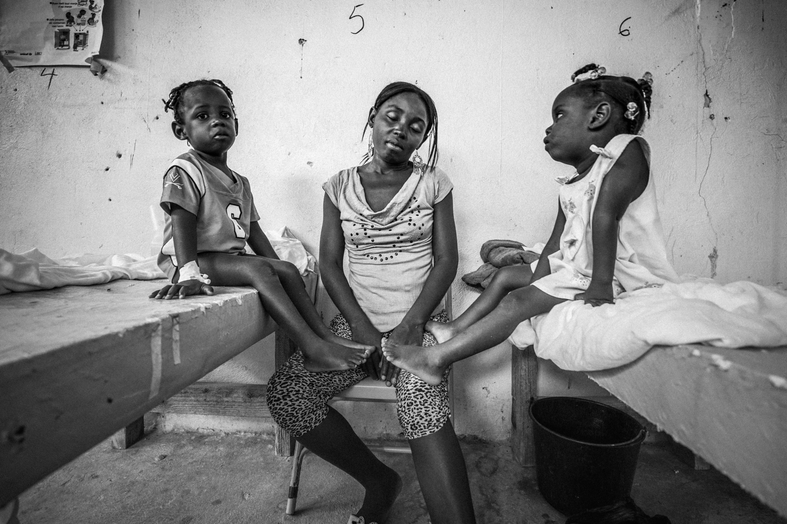