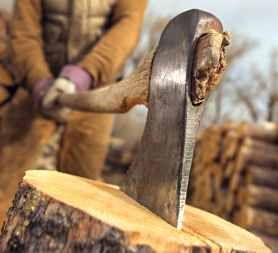 The representative of the Organization of American States in Haiti for two years, Brazilian Ricardo Seitenfus is due to be fired from his position soon, a development he himself interprets as a response to his “critical position” on the role of the international community in the Caribbean nation’s recovery…

BBC Brazil – Have you been notified officially of your dismissal from your position?

Ricardo Seitenfus – No, not yet. I had decided not to take a vacation in December so I could be in Haiti during this delicate phase of the election. But the secretary general (José Miguel Insulza) asked me to take a vacation. I conclude that for the two months, February and March, that I was supposed to remain in Haiti I would no longer be there. But that is not the problem. The most serious thing is what is happening now: the OAS representative is not in Haiti during an electoral crisis. And I have an ability for dialogue with the Haitian government that no one else in the OAS has and that few in the international community have.

–You have been in Haiti for two years. Has there been a recent incident that moved you to adopt this more critical position?

–Right after the earthquake, an exceptional job was done. To the degree that it was possible, Haitians received help, aid… An international joint effort was made that was positive. Meanwhile, when the emergency was over, things began not working as they should. In March, there was a meeting of the donors in New York in which 11 billion US dollars was collected for Haiti. It happened that those resources never got to the country.

An international commission for the reconstruction of the country was created that to this day is searching for its real functions. At any rate, the international community’s promises were not kept. And meanwhile the plight of the displaced remains the same.

–All that changed your view of things?

–I would say that I became progressively aware of our limitations and, why not say it, of our failures in Haiti… I mean, we of the international community. Besides that, on November 28, the day of the elections, there was discussion in a meeting of the Core Group (donor countries, OAS and the United Nations) of something that seemed to me simply frightening. Some representatives suggested that President René Préval should leave the country and that we should think about an airplane for that purpose. I heard that and I was horrified. The prime minister of Haiti, Jean–Max Bellerive, arrived and immediately said not to count on him for any solution outside the constitution and he asked if President Préval’s mandate was being negotiated. And there was silence in the room. Beside me was Albert Ramdin, adjunct secretary of the OAS, so I could not speak because the OAS was being represented by him. But faced with his silence and that of the others, I asked to be able to speak and reminded them of the existence of the Inter-American Democratic Charter [of the OAS] and that I thought any discussion of President Préval’s mandate would be a coup. I was very surprised by the fact that the adjunct secretary of the OAS remained silent in the face of the possiblity of shortening the term of a legitimately elected president.

–I was always against that. A provisional government would not have the legitimacy of the ballot boxes and it would be an admission of our failure. If after almost seven years (of the peace mission in Haiti) we do not manage to organize a democratic transfer of power, I wonder how we can make a positive evaluation of the presence of the international community, which came here to bring democracy to the country.

–So your criticisms apply to the peace mission as well?

–After the earthquake the nature of the Haitian challenges changed completely. We are faced with one of the greatest challenges… It is a human venture to reconstruct a country of ten million inhabitants destroyed by a natural catastrophe. We have 1.5 million people on the streets, with 80 percent unemployment, the cholera epidemic.

We cannot limit ourselves to the challenges foreseen, even mistakenly, in 2004 (the beginning of the mission) as a question of security. The situation is much more complicated and demands more than a peace operation.

–But the Brazilian government, for example, has opposed a change in the mandate of the mission… In your opinion, what is that position due to?

–The international system does not have the means to confront a situation like that of Haiti. We have to change the Council. We have to get rid of the nature of the Security Council and change it to a Council for Economic and Social Development. And above all, we have to think that the development of Haiti has to be carried out by the Haitians. If people imagine that it can be done through MINUSTAH and through the NGOs, we will be deceiving the Haitians and deceiving the world’s public opinion.

–Is the Haitian government not being given its due space in this process?

–Neither the government nor Haitian society. Being in solidarity is not the same as being a substitute for someone, it is to accompany someone. And we are deciding for them. Now we are getting involved in the electoral process. Let Haitian institutions solve their own problems.

–But there are charges of past episodes of corruption involving the transfer of resources intended for the Haitian government, no? Does the country not have certain institutional limitations?

–It is our fault that they have limitations. We transferred all the resources through NGOs and not through Haitian institutions. Without a doubt the Haitian state is very weak and was worse after the earthquake, losing 30 percent of its personnel.

What do we have to do? Maintain policies of accompanying Haiti that allow the personnel to remain in the country. The charges of corruption are part of an ideological discussion. There is no corruption, there is the perception of corruption. Haiti has no way of being corrupt because the state has no resources.

What can be questioned is how the resources that the NGOs collect, without accounting for them to anyone, are being administered. That is indeed the big question. I make an exception of the work that was done in the emergency, but there cannot be a permanent policy of substituting the NGOs for the state. Haiti is Haiti, it is not Haitong [Haiti-NGO]. No country would accept what the Haitians are forced to accept.

–And what is Brazil’s role in this process?

–Brazil has a very large responsibility, because this is the first time that we have a peace mission that is this long and this expensive for us, in which we attempt to demonstrate a different way of acting.

Not discussing it would be the big mistake. As though MINUSTAH were a divine truth, a bolt of lightning from the sky, as though there could be no reservations. I have the impression that the quality of a peace operation is inversely proportional to its duration. The longer a peace mission is extended in time, the less value it has. The good peace missions are the short peace missions

1 thought on “A Rarity, an Honest Diplomat in Haiti to be dismissed for criticizing OAS, NGOs”