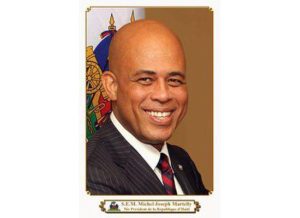 Secretary of State for Security Delva is in over his head. He has no experience or training that would see him responsible for a similar situation in Canada, or the States. His immediate release of details, before the investigation was really underway, gave many of the guilty an opportunity to cover their tracks, or pay someone off.

Is Delva totally incompetent, dishonest, or both? Is he just an idiot, seeking public attention, or has he accepted “30 Pieces of Silver” from some key members of Haiti’s business society, police and, perhaps the political world.

When this first broke, there were several high-level names mentioned… 250 PNH officers and 20 bank branches, that facilitated the targeting of victims. Now Delva brushes this off as being nothing more than “rumors.”  We all know the names mentioned and, being aware of the Haitian undercurrents, and realities, accept the old saying “Where there is smoke, there is fire…”

You cannot have that type of accusation and then simply dismiss them.

Delva, his boss, and the rest of the investigative process,  should have remained silent on the details of this massive disaster. Several weeks could have, should have been devoted to a proper investigation. Sometimes, the FBI sits quietly, working behind the scenes for months and then drops the net over everyone with enough evidence to convict.

Delva’s handling of this situation has been disastrous in the extreme!

By effectively destroying the situation, tainting evidence, and allowing the guilty to run or destroy evidence, he has poisoned the well.

By placing us in this situation, Delva has effectively made Haiti a pariah so for as the international business community is concerned.

We think of today’s radio broadcast, with Jean Vincent’s wife, sobbing uncontrollably, as she tried to explain how her husband had been kidnapped on October 21. She was in the States when she received the first phone call. Her husband, Jean, said he had been shot in the feet, had a lot of pain, but was doing ok. He was being fed, and looked forward to seeing her.

He has not been released and the prospects are not good.

The kidnappers have probably taken the money and killed him

Delva’s handling of the Brandt case has netted Brandt, who I do not believe could be the master-mind of any such gang. If anything, he is a minor cog, involved with friends from other major families, a sort of elite club. Brandt may be killed, while in custody, which simply puts a band aid over the infection, leaving it there to kill the patient – Haiti – later.

We must remember that Delva had the opportunity to attend West Point, as a representative of Haiti. He embarrassed the Nation be being tossed out for cheating. Delva received a second chance when the American embassy gave him a job and then fired him for being less than honest.

And now we must suffer this fool as he takes the world stage, in a major criminal scandal, and effectively taints all evidence so that it is absolutely of no use in a court of law.

The Martelly government will pay big time for Delva’s gross incompetence. He is like a recently graduated medical doctor undertaking a complex heart operation.

The patient must die!

Haiti will die on the world stage as a result of Delva’s criminal stupidity.

What competent businessman would invest in such a cesspool??

4 thoughts on “WAS DELVA PAID TO SCREW UP THE BRANDT CASE OR IS HE SIMPLY AN INCOMPETENT, PUBLICITY SEEKING FOOL…. OR A COMBINATION OF THESE ELEMENTS??”