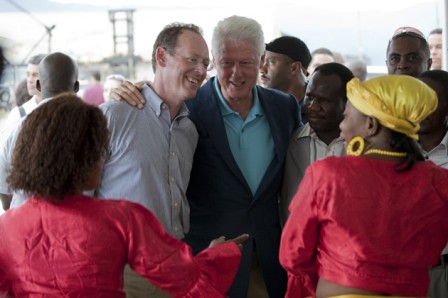 The so-called United Nations peacekeeping force is growing as surreptitiously as a cancer into a world transnational army. Since 1991 the force has expanded from 13,000 to more than 90,000, and into the highest-profile UN department, with an annual budget around $7 billion. The “Mission des Nations Unies pour la stabilisation en Haiti” (MINUSTAH) takes up about one tenth of the “peacekeeping” budget, despite Haiti being at peace.  Indeed, only the UN forces of the Congo and South Sudan exceed those of MINUSTAH. Since three months after the forcible removal of popularly elected President Jean-Bertrand Aristide (on February 29, 2004) by a US-Canada-France force, MINUSTAH has occupied Haiti. It is currently the only UN occupation force in the Americas. There will no doubt be others.

The great majority of Haitians categorically reject MINUSTAH, and Haiti’s Senate passed a resolution in September 2011 that called for withdrawal of the troops by October 2012. Nevertheless, the groundwork had been laid for the UN mandate to be renewed. With a $676.70 million budget at stake, the disregard for democracy was total. The UN Security Council announced its official decision to renew the force on October 14: on exactly the second anniversary of the appearance of cholera in the country. 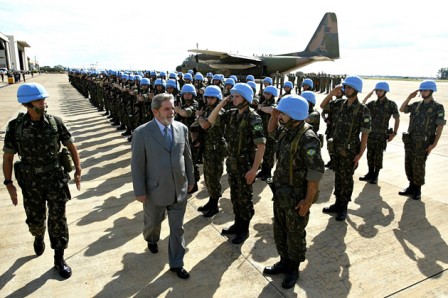 The introduction of the cholera into Haiti could not have been more efficient if it had been deliberate. Nearly 1,300 UN troops were immersed in a cholera epidemic in Kathmandu for three months in Summer 2010, ostensibly for training. Subsequently they were granted 10-day home leaves throughout Nepal before being returned to Haiti without medical exams. In Haiti, they settled into a camp near the pristine village of Meille, from which their wastes were transported to an open septic pit. The human wastes spilled down a hill into a tributary to the country’s main Artibonite River and the irrigation canals from this river to most of the rice fields. 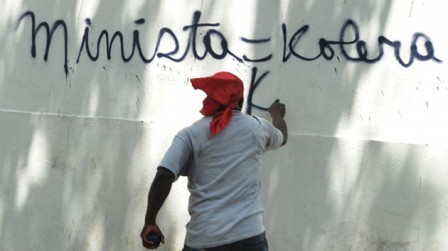 The first case of cholera followed the arrival of the troops by only five days. Workers in the rice paddies were decimated. Within a week, the infection spread through the entire country, possibly from the distribution of water collected from the river and sold as purified water. The cholera’s toll currently exceeds half a million contaminations and 7,500 deaths.

The popular outrage against this wholesale contamination and killing of Haitians has met with nothing but UN denials. As early as December 2010, Dr. Renaud Piarroux and his colleagues tried to publish the news on the Nepalese UN camp being the source of the contamination, but his publications were delayed until after Martelly’s election in May 2011. When the UN did respond to the charges, it was not to acknowledge fault and make amends, but to promote oral cholera vaccines. The first such vaccine they considered would have conferred no immunity at all. The one finally chosen, called Shanchol, had performed poorly in Indian field trials and contained dangerous levels of the mercury-based preservative thiomersal. Shanchol was developed with funds from the Bill and Melinda Gates Foundation and manufactured by a troublesome subsidiary of the giant French pharmaceutical company Sanofi-Aventis. 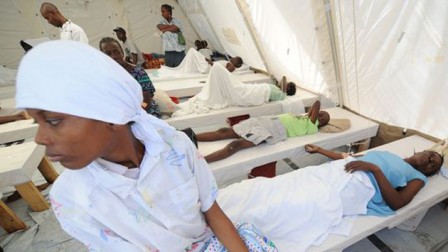 The Pan American Health Organization and the World Health Organization (both agencies of the UN), together with UN Deputy Special Envoy Paul Farmer and his NGO Partners in Health have led the cholera vaccine campaign, which presupposes that the poor have no right to clean water and ought to develop immunity to fecal bacteria. Mr. Farmer sees no conflict in sitting on the board of the Institute for Justice and Democracy in Haiti (IJDH), an NGO that is getting nowhere with a lawsuit against the UN on behalf of Haiti’s cholera victims.

Recently PAHO, WHO, PIH and others proposed a cholera-eradication plan that will require $2 billion and 10 to 15 years. Such a plan would involve expensive and ineffective yearly vaccinations. This is all the more remarkable considering that Cuba just demonstrated that a cholera outbreak can be completely stopped in two months with provision of medical care, vigilant epidemiological surveillance, and clean water. But there is money in Haiti’s cholera, so why give up a good thing? 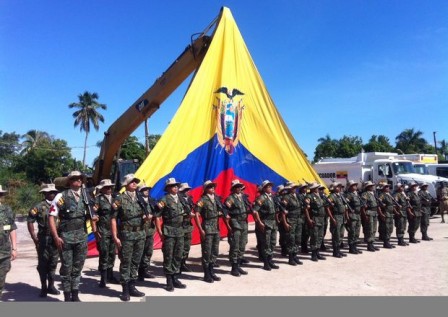 Brazil and Chile vowed last year to withdraw their troops gradually from Haiti. The rate of this withdrawal is quite slow and made all the more imperceptible by a gradual replacement of the Latin-American troops by Africans (e.g. Rwandans) and Asians (e.g. Bangdaleshi). Despite the talk of Bolivar and Petion, Ecuador is not reducing its military presence in Haiti at all but has instead joined Brazil’s colonialization project. Soon after a visit by Martelly in July, Ecuador replaced all its Haiti troops with fresh ones; in addition it recently accepted a group of eight Haitian cadets into its military academy. As if this were not enough, the UN is also hiring unknown numbers of troops from private military and security companies (PMSC) on the quiet for its missions. 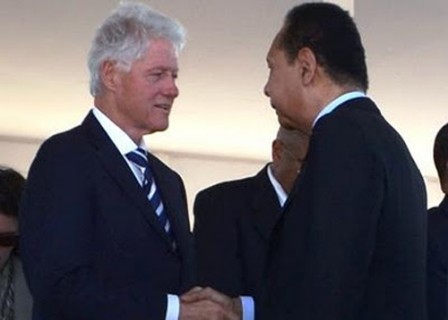 The preparation of public opinion for MINUSTAH’s renewal has been long and systematic. The new budget was proposed in June. News of its adoption and every subsequent stage of the renewal have been released to the public as official statements. On October 4, for example, the Guatemalan Ambassador to the UN told the press that he expected a resolution to be approved to renew the UN mission in Haiti another year. UN Secretary General Ban Ki-moon, for his part, noted that the number of troops and military engineers would be reduced from 7,340 to 6,270 by June 2013: a decline of merely 14%. Meanwhile, Michel Martelly, who was installed by the UN as Haiti’s president in an election that excluded the majority party Fanmi Lavalas (Aristide’s former party) invited the UN to transform its mandate in the country into a nation-building experiment. 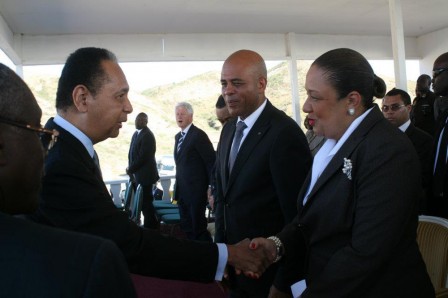 Conclusion of the military occupation, the UN calculates, will require replacement of the MINUSTAH troops with a local “police” force of 16,000. This massive force is presumably needed in the country with the lowest crime rate in the Caribbean and the only UN-occupied country that is not at war. Last June, Minister of the Interior Thierry Mayard-Paul announced the inauguration of a 2,500-man Agency of National Security. The one-letter difference between Mayard-Paul’s group (ASN) and Duvalier’s Volunteers for National Security (VSN), better known as the tontons macoutes, was not lost on anyone. 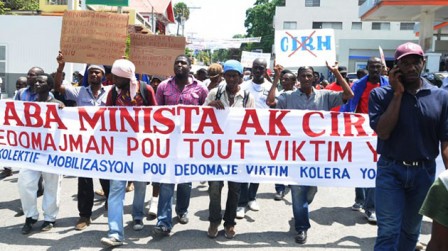 On Friday October 12, Haitian Senator Moise Jean-Charles accompanied a delegation of Haitian politicians and labor leaders, together with Latin-American diplomats to the UN to deliver a formal objection to the renewal of MINUSTAH’s mandate. The delegation and protesters called for MINUSTAH to remunerate the cholera victims and acknowledge that its troops introduced the epidemic into the country. In addition, they demanded that UN personnel be stripped of their immunity from prosecution so that the murderers and rapists in their ranks can be prosecuted by Haiti for the harm done to its nationals. The UN Security Council will likely ignore these highly reasonable objections to MINUSTAH’s continued stay in Haiti, but it cannot pretend they were never voiced.

Editor’s Notes: Image 1 is by Ramon Espinosa/AP; it shows UN special envoy to Haiti and former US president Bill Clinton (center) embracing Deputy UN special envoy Paul Farmer (left) at the celebration of a new free-trade zone for Port-au-Prince, Friday, Oct. 2, 2009. Images 3, 4, and 8 are by Thony Belizaire/AFP/Getty. Image 5 is by El Comercio, Ecuador. Image 2 of President Lula’s review of Brazilian troops in Haiti, and images 6 and 7 of Clinton and the Martellys with Jean-Claude Duvalier are by unidentified photographers.