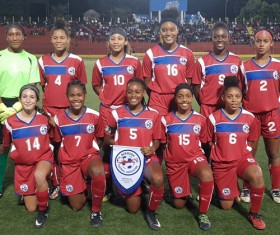 Bermuda’s Under 17 Women’s National — who have already secured a spot in the CONCACAF Finals in Nicaragua — matched up against the host Haiti for their final match of this round.

Bermuda was up against the host in the Final, both teams already assured of a spot in the CONCACAF Women’s Under 17 Final in Nicaragua.

In front of a large crowd, Haiti were able to win 4 – 1, with Bermuda’s lone goal coming from Nia Christopher in the first half.