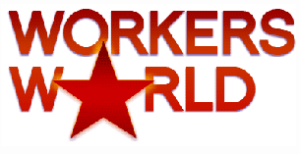 In the midst of the gravest foreign policy crisis since assuming her job — the mass uprising in Egypt — U.S. Secretary of State Hillary Rodham Clinton went to Haiti on Jan. 30.

She didn’t go there to announce a program to house the 1.5 million Haitians — about 20 percent of the Haitian people — who have been homeless since the Jan. 12, 2010, earthquake that killed 316,000 people and injured hundreds of thousands more.

Clinton did visit a cholera treatment center, but she made no statement about the epidemic. Imported to Haiti by U.N. occupation forces, it killed 4,030 people and sickened more than 200,000 as of Jan. 24.

What Clinton did was get the Haitian government of President René Préval to accept a deal concocted by an Organization of American States special mission investigating the Nov. 27 first-round presidential elections.

The Haitian Electoral Council (CEP) had declared Jude Célestin, the candidate of Inite (Unity, Préval’s party) to be one of the top two candidates and thus eligible to be in the runoff. However, the OAS mission found that Célestin had come in third.

Under tremendous pressure from Clinton, Préval backed down and got his protégé Célestin to withdraw. The final round of voting is set for March 20.

But, as Préval pointed out, six out of the seven “experts” on the OAS mission came from the U.S., France and Canada, the three countries that overthrew President Jean-Bertrand Aristide in 2004. According to Mark Weisbrot, the Center for Economic Policy and Research co-director and co-author of a Jan. 17 analysis of the Haitian elections, more than 150,000 votes were missing and the OAS mission ignored them. The OAS nevertheless put Célestin in third place by a margin of 0.3 percent, a few thousand votes. (www.cepr.net)

The irregularities in the OAS mission report were so glaring that the OAS Council in a meeting Jan. 28 refused to accept it — but just forwarded it to the CEP.

The Congressional Black Caucus, in its first break with President Obama’s foreign policy, called for completely new elections. The CBC press release read, “The CBC urges the United States and the international community to uphold the ideals of fairness and support a new Haiti election process that is free and fair, respecting the rights of the Haitian people.” (See recent headlines on ijdh.org)

The issue that underpins all this maneuvering is the possible return of former President Aristide to Haiti. Ever since Jean-Claude “Baby Doc” Duvalier, one of Haiti’s most brutal and greedily corrupt dictators, showed up Jan. 17 in a bid to get his hands on some money, the question of the day has been: If Duvalier can return, why not Aristide?

Aristide released a statement on Feb. 4 to the Guardian, a major daily in England, vowing to return and to work to reform the “profit-driven, exclusionary” way in which Haiti is being rebuilt by non-Haitians.

That Haiti has managed to survive a foreign military occupation, a devastating earthquake, a tsunami, a deadly cholera epidemic, a hurricane and heavy rainstorms, 80 percent unemployment and massive homelessness without its society falling apart testifies to the resilience and determination of the Haitian people. One of their crying needs is effective and mobilized international solidarity.