Jovenel should have been declared President one year ago, in October, 205 when he received over 55% of the votes..

We wish Jovenel Moise success in his effort to lead Haiti into a prosperous future.

His first steps could see dangerous elements – such as Aristide, Michel Andre, and others, neutralized so they present no criminal threat to his programs and  Haiti’s future.

President Moise participated in a massive bicycle rally, in Les Cayes,  before travelling to Port-au-Prince, accompanied by thousands of his supporters. 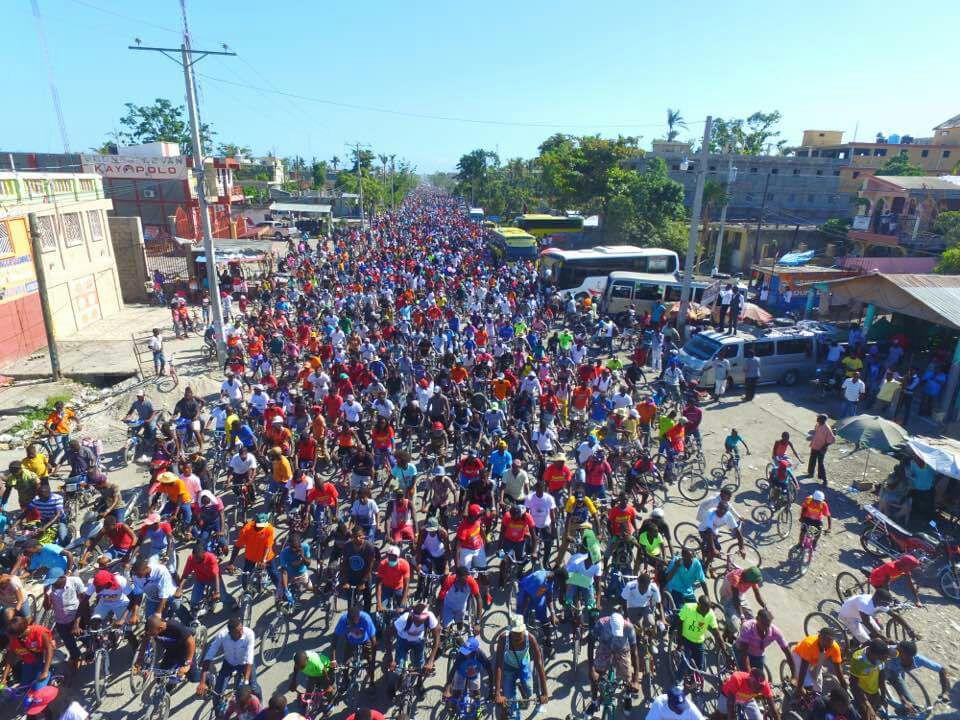