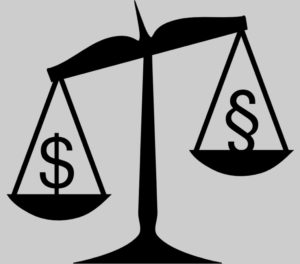 Two think tanks, the Washington Legal Foundation and the Independence Institute, have filed anamicus brief in the Supreme Court on behalf of petitioners Joel Esquenazi and Carlos Rodriguez, who were recently convicted of violating the Foreign Corrupt Practices Act (FCPA). The amiciseek clarity of the definition of “foreign official” in the FCPA.  The FCPA prohibits certain persons or entities, including US businesses, from paying a “foreign official” for the purpose of obtaining or retaining business. The FCPA defines “foreign official” to include “any officer or employee of a foreign government or any department, agency, or instrumentality thereof.”

Esquenazi and Rodriguez were executives of Terra Telecommunications Corp., a Florida company that purchased phone time from foreign vendors and resold the time to US customers. Terra conducted business with Haiti-owned vendor Telecommunications D’Haiti S.A. (Haiti Teleco). Prosecutors argued that Esquenazi and Rodriguez made payments to Haiti Teleco officers to obtain lower rates. To determine whether Haiti Teleco was an “instrumentality” under the FCPA, the trial court instructed the jury to consider whether the company “provided services to the citizens and inhabitants of Haiti,” and whether it was majority owned by the Haitian government. Defendants were convicted, and Esquenazi was sentenced to 15 years’ imprisonment and Rodriguez received seven years’ imprisonment. The US Court of Appeals for the Eleventh Circuit affirmed, finding that an “instrumentality” is “an entity controlled by the government of a foreign country that performs a function the controlling government treats as its own,” and setting forth a list of factors.

Amici contend that the business community needs concrete guidance in this undeveloped area. They argue that the Eleventh Circuit’s definition is overly broad because (1) Haiti Teleco was never designated a government entity; (2) Haiti Teleco issues common stock, and the government was not an initial stockholder; and (3) Haiti Teleco, as a telephone service provider, does not perform a traditional government function.