If determining whether a member of a royal family is a “foreign official” under U.S. foreign bribery law depends on their duties, should the same standard apply when considering if a state-owned company counts as well? 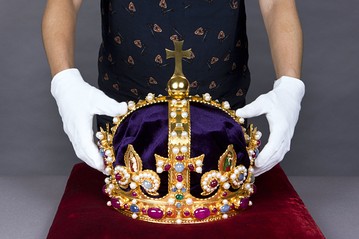 That question, tucked in a court filing made two weeks ago in a key appeal, could further shape how the U.S. prosecutes cases under the Foreign Corrupt Practices Act, which bars the use of bribes to foreign officials for business purposes.

In September, the Justice Department made its first Opinion Release of the year on the FCPA, saying that “a fact-intensive, case-by-case determination” depending on a series of factors would play into whether a royal family member counted as a foreign official.

A court filing made earlier in October that went largely unnoticed applied this theory as part of its broader challenge to who counts as a foreign official under the FCPA.

Joel Esquenazi, the former president of Terra Telecommunications Corp., in October 2011 received the longest prison sentence ever handed down for violating the FCPA. He and Carlos Rodriguez, the company’s former vice president, are jointly appealing their convictions and sentences to the U.S. Court of Appeals for the 11th Circuit.

Esquenazi’s lawyers filed a reply brief to the Justice Department, arguing in part that the Opinion Release’s “more nuanced and action-oriented analysis” of who counts as a foreign official “is difficult to square” with the Department’s generally broad, categorical approach.

Prosecutors in recent years have espoused an expansive view of who is a foreign official, pursuing cases where bribes were paid to officials at state-owned companies. The FCPA defines a foreign official as “any officer or employee of a foreign government or any department, agency or instrumentality thereof.”

The appeal filed by Esquenazi and Rodriguez hinges on who is an instrumentality. They were convicted for their roles in a scheme to bribe officials at Haiti’s state-owned telecom company, known as Haiti Teleco.

In its brief to the appeals court filed in August, prosecutors said Teleco was an instrumentality under the FCPA’s foreign official definition because Haiti’s government, through its national bank, owned 97% of Teleco’s shares, and because the government controlled it by appointing its board of directors.

Lawyers for Esquenazi contend in the reply brief that Haiti Teleco is not a foreign official because a declaration from the Haitian justice minister that Teleco is not a state enterprise proves it isn’t an instrumentality. They also argue that the the definition of instrumentality is far too broad, giving prosecutors too much leeway in determining who counts under the law.

“The most obvious flaw in the government’s definition is that it ignores the FCPA’s failure to specify which particular ‘functions’ or ‘means’ turn a run-of the-mill private business into an ‘instrumentality of a foreign government,’” the filing said.

Read both reply briefs below: