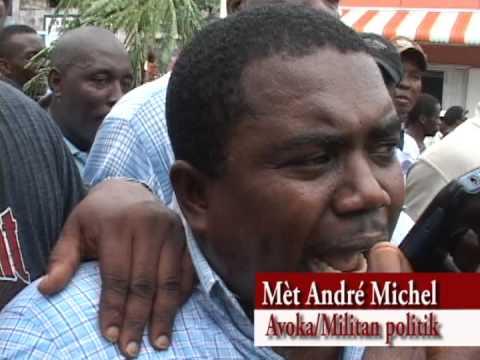 Andre Michel has recalled the time when Christophe warned the French he would burn Cap Haitian, and then fight on against them.

Now Andre Michel has promised to burn Port-au-Prince and block the electoral process.

We have just finished a good electoral process. Some won and some lost. That happens to be democracy. But people like Andre Michel will not accept any victory, except their own.

Andre Michel wants to destroy what little we have.

Time for someone to put this jerk away.