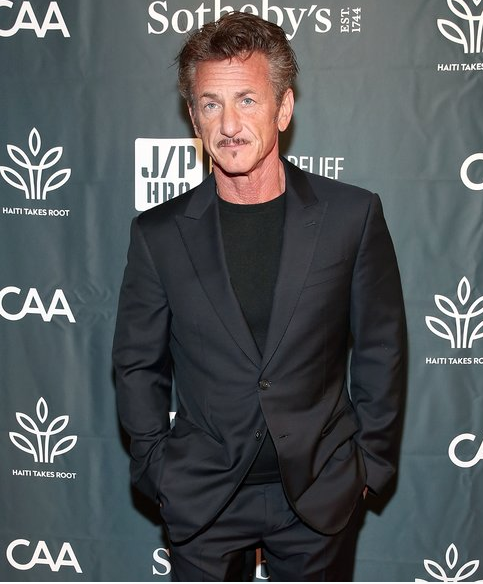 By Sean Penn
8:20 PM EST
Penn is a two-time Academy Award-winning actor and the founder of J/P Haitian Relief Organization.

Within days of the devastating earthquake that struck Haiti on Jan. 12, 2010, 29 American volunteers and I became quickly embedded with the 82nd Airborne Division of the U.S. Army. Alongside our military mentors, our hands and souls touched the bodies of the dying and the dead. Our doctors tended the injured. Our educators moved swiftly to establish schools and normalcy for the youth, many of whom had been abruptly orphaned in the disaster that killed as many as 300,000 Haitians.

President Barack Obama deployed about 22,000 U.S. service men and women to Haiti, on one of the most extraordinary missions of support in humanitarian history. No other country in the world offered the generosity of support to the Haitian people that ours did — with our church groups and other NGOs, the money and supplies sent by average citizens. Perhaps most moving for those 30 of us was the extraordinary humanity, respect and commitment offered Haiti by our soldiers.

On this pale blue dot Earth that we call home, the Haitian people are our neighbors, to whom our support is both the policy of a great America as it is a sacred duty.

While nothing could bring back those hundreds of thousands of lives and little could console their families, from day one there was not a broken street I could look upon from the ground without thinking, This can be fixed. Or rather, I can fix this. But soon, I came to realize: Only the Haitians themselves could fix this. Our true sacred duty was to understand the support they may need in their effort.

This was made crystal clear in the second month after my arrival, when Lieutenant General Ken Keen took me off the ground in a military chopper to survey the damage from above. It was devastating. My months of day-to-day optimism evaporated. For the first time, it all looked hopeless, reminiscent of the images from Hiroshima and Nagasaki.

But by the time we returned to the landing zone, I had processed from my two months of observation and learning that not only were we not alone in this effort, but we had leaders with both vision and belief that would not die. They were not military leaders or NGO leaders or U.N. leaders or, in most cases, even Haitian leaders in governance. Rather, they were Haitian people themselves. With their inspiration and leadership, as well as their understanding of their land and culture, they led us to create a new kind of effort — a genuine embracement of our position of empowering the Haitian people to rebuild their own country.

Our little rough-and-tumble group of 30 international volunteers soon became an army of 200 full-time Haitian staff and thousands of day workers. While I am credited with founding the organization J/P HRO, in reality it was built by these Haitian people, mostly young men and women, of their pride, love of family and acute intelligence. They cleared tens of thousands of tons of rubble from the streets. They reopened neighborhoods to commerce. They facilitated the healing return of its inhabitants from displacement camps. They rebuilt and retrofitted houses and infrastructure, all the while teaching and learning job skills. The organization’s doctors opened medical clinics, which brought in international investment, both private and public. Today, the recovery is decades ahead of my wild imagination’s most optimistic projection. The Haitian people offered us a front-row seat to miracles. And they continue to be ready to bring more, combating the continuing plagues of poverty and environmental degradation.

On the fifth anniversary of the devastating earthquake, a young child stands to the side of her mourning mother who lies weeping nearby in the Grand Cemetery of Port-Au-Prince, Haiti, Jan. 12, 2015.
Giles Clarke—Getty Images

Today is the eighth anniversary of that awful day in 2010. I still smell the blood and death that greeted us in that humid air upon arrival and through our first months in the country. I still see the tears and hear the primal screams of mothers, fathers, sons and daughters who lost family so horribly, so shockingly. But most of all, it is the lessons of resilience and human excellence that they can continue to teach us, as they continue to offer their own country and families that as Americans we must continue to embrace and empower.

While Haitian immigrants typically arrive in the United States with lower levels of education and income than the general population, they sacrifice as parents to scrap and save and to ensure that their children can make the most of the opportunity to be here. They contribute. And there is no disputing the value they add to American society.

Second-generation Haitian Americans earn bachelor degrees at a rate 50% higher than the general U.S. population. Fourteen percent of second-generation Haitian Americans hold a master’s degree, Ph.D. or advanced professional degree. These families send nearly 10% of their annual household income back to Haiti in remittances — meaning that the Haitian community in the U.S. sends over $1.5 billion each year back to Haiti. That sum is significantly higher than any nation-state or international agency donates to the country. The contribution and spirit of these immigrants, as American citizens and as citizens who honor their homeland, may well be the greatest symbol of what makes America great — or at least of what can.

On this day, we should be recognizing their grace, courage, loss, hardship and heroism. We should be mourning those lost to a curable poverty, to avoidable cholera, to Hurricane Mathew. We should be remembering the America that rose to its defining grace in support of this great and troubled island nation, which has supported and loved us.

Instead, we have been forced to focus on a man whose sense of our country is an inherited gift for sales-gab. He encourages the enslavement of America by a core minority of our electorate; he massages into them the notion that American principal lives not in the belief and sacrifice of their own ancestors or our country’s forefathers, but rather in their own pain, rage and fear. President Donald Trump’s words describing the glorious people of Africa, El Salvador and Haiti is far worse than mere insensitivity or even nationalism. Those standards are not disgraceful enough.

The solution to our current divisiveness does not live in the White House. Instead, we will find unity only when we recognize that in our current president we have elected, perhaps for the first time in our history, an enemy of compassion. Indeed, we can be unified not only with each other but with Africa, El Salvador, Haiti, Mexico, the Middle East and beyond if we recognize President Donald Trump is an enemy of Americans, Republicans, Democrats, Independents and every new child born. An enemy of mankind. He is indeed an enemy of the state.