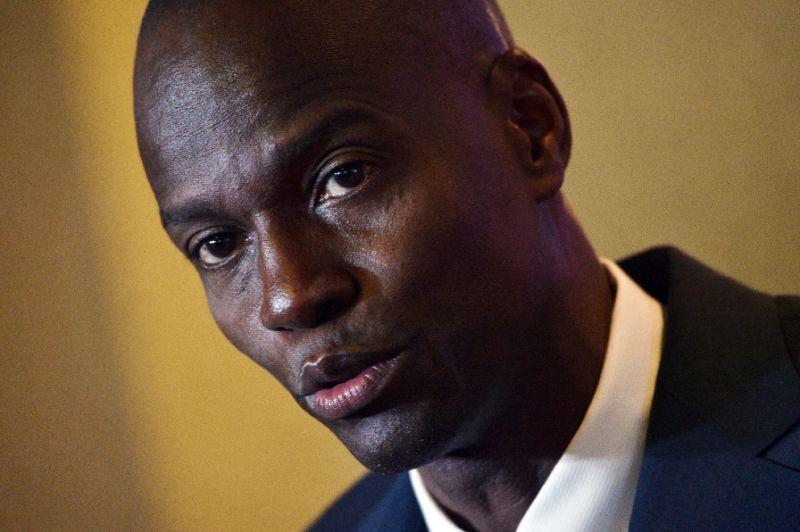 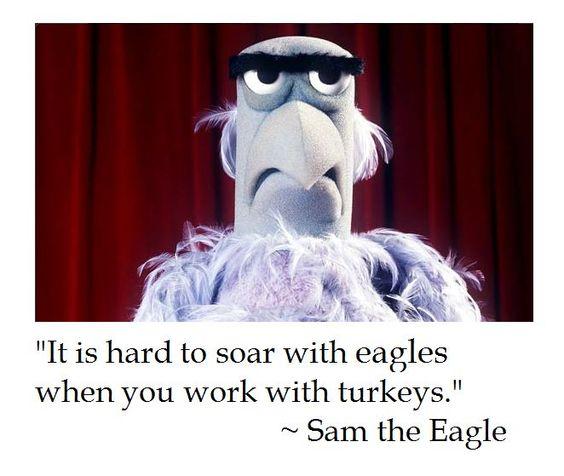 The Government offices are  full of Turkeys many with truly mixed or opposing loyalties! It is one thing to have your own Turkeys, but when the yard is crowded with someone else’s Turkeys you have a lot of bodies gobbling up the resources with no positive effect.

The Cabinet is one classic example.

We watched, with despair, as Jovenel’s cabinet was chosen, not on the basis of ability, but to satisfy demands of Senators and Deputies who wanted people who would give them bags of cash.

For example,  Limond Toussaint our  Minister of Culture and Communication  was once overheard complaining about his ministry’ lack of cash, during a conversation in the Palace waiting room. He wasn’t worried about a failure to provide funding for projects. He was complaining about the continuous line of Senators/Deputies who were demanding cash, and he had none.  The need big dollars to support their relaxation at the Decameron.

Really needs to select a new team of Ministers based on ability, not connections. Haiti has some  truly Patriotic, competent people, from all political persuasions, that would really like to help the Nation.

The current despair was accelerated via the selection of a nice guy for Prime Minister. Unfortunately, nice guys don’t necessarily fill the bill and Lafontant is one of those who falls short.  He should return to the treatment of stomach problems, among his elite clientele,  instead of creating “Clorox Stomachs” for the poor population..

We were sad as we watched a gaggle of Advisors and Consultants selected,   some who immediately moved to better their own personal financial situations, ignoring the true needs of the Jovenel Moise government. They work, as similar people did with Martelly, to keep Jovenel from talking with people who could assist him in creating his dream.

Much of their time is focused on the “Musical Chair” situation in the palace as they all maneuver to make sure no one else takes their place at the trough.

Unfortunately, many realize that Jovenel’s success rings a Death Knell for politics as we have tolerated, since Duvalier’s departure in 1986.  If Jovenel succeeds, and creates a better Haiti, the Old Guard is doomed. For example, the Senate will be emasculated, perhaps dissolved.

So, in addition to Youi Latortue, there are at least 2 groups that work  and plot  for the downfall of President Moise, with no regard for what this means for the Nation’s future, or that of its 12,000,000 citizens.

One would like to place the criminal, ex-Minister of Education, Nesmy Manigat in place as Interim President. Manigat has already destroyed the Ministry of Education and now wants to graduate into  true National Disaster. He has a mixed bag supporting him, including some people from the Court of Superior Accounts who wish to block a massive investment project until Jovenel is dumped so money can be spread among the Mob to support Manigat.  As Minister of Education he supplied tens of millions to Senators/Deputies from the childrens’ PSUGO funding.

July is their target!

The other is a group generated by Gerry Tardieau who wants to be Interim President. He held a recent meeting with 18 Senators/Deputies? to discuss this..

With his inner circle becoming more impenetrable, with each passing moment, President Moise will never know of the possibilities offered his government. They are many. Some suggestions better than others but a distillation process should be in place to separate the good from the not so good and the totally ridiculous.

Jovenel has been offered assistance in drawing expertise to Haiti that could see Natural Gas wells created to power turbo-generators for electrical production. The group also offered to generate the investment funds to support the project.

Cheaper electricity would be a major boost to the economy. Right now the per kilowatt hour charge for electricity is criminal.

Another offered access to world class major petroleum firm, interested in building a huge  refinery in Fort Liberte. This would see Venezuela Petrocaribe petroleum replaced with local product.  The firm sent a director here during Preval’s Presidency but Preval demanded too large a bribe.

Cheap or free fuel would be a welcome assist for the economy. Natural gas is a byproduct of the refining process.

Yet another offered contact with Bill Gates for the spraying control of Malaria/Zika in Haiti, coupled with a reforestation project. Bill Gates has promised half of his fortune to eradicate Malaria worldwide. His first partner in MICROSOFT, Paul Allen, was personally interested.

Another offered Back Channel Communications to a very high-level member of the administration in Washington. This could have resolved the threat to 58,000 Haitians with Temporary Status about to be cancelled.

Jovenel moves forward, in his own personal effort to turn the Nation around, as many of his team work like stuck parking brakes in a car in their attempts to maintain a failed status quo..

The KARAVAN CHANJMAN moves forward but there is little publicity, especially on  TNH and this is supposed to be controlled by Jovenel. There is really no real professional effort to spread our propaganda throughout the outside world, even as opposing groups work diligently to destroy Jovenel’s image. False material about fixed elections, money laundering and cocaine feature in most of their material.

Like water dripping on granite, their efforts gradually create a basis when nothing else is there to counteract the garbage.

The “Lies” will eventually become “Truth.”

This short article is about Turkeys but there are also many Vultures in the system, circling in hope that they can feed on a dead body, that of a failed Jovenel Moise administration. 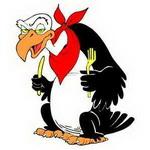 If this happens, we will see many of the Turkeys switch boats without even getting their feet wet!

There is a concerted effort, on the part of Haiti’s Senate, in cooperation with the PNH Chief, to destabilize and undermine the democratically elected government of Jovenel Moise.

Law-and-Order is breaking down.

Recently, the PNH circulated a video in which some guys were arrested for stealing and selling vans, after murdering and burying the owners. The criminals admitted their crimes on the video. They led the police to the buried bodies.

THE MURDERERS HAVE JUST BEEN RELEASED.

Jovenel needs move forward  and demand constructive activities on the part of the Turkeys who have been officially recognized with contracts, and those Turkeys who clutter his waiting room up each day, hoping for contracts, hand-outs or whatever presents itself.

President Moise must replace our Ambassadors and Consuls with his own people. Maintaining the status quo leaves enemies as the interface between the Jovenel Moise government and the outside world. Privert’s people infest our system like hungry cockroaches.

Privert used his stolen time in office to create a quagmire for President Moise.

Within a few weeks, Privert created a minefield that will take some serious effort, on the part of President Moise, to dismantle.

Time is running out. 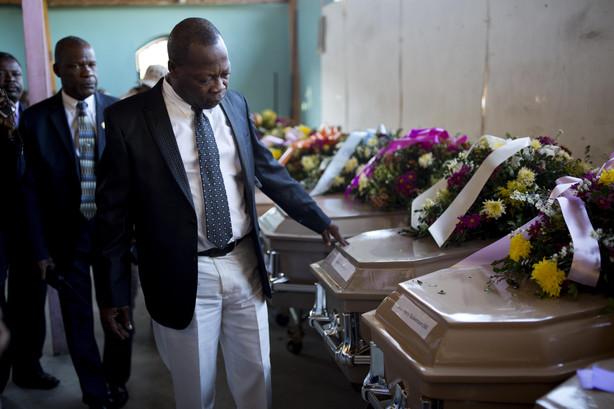 The enemy will aim to create one – or more – major events over the coming weeks. A dozen students killed in a march should do it! Perhaps a half dozen would suffice!

School Opening may be the solid wall Jovenel runs up against.

Watch for several heavy duty moves on the part of various contenders for the Interim Presidency.

Some are  already considering how they will redecorate Jovenel’s office.

PRESIDENT JOVENEL MOISE IS OUR ONLY HOPE. 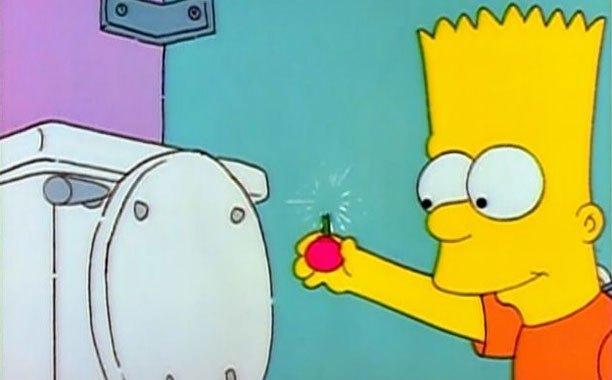 TIME TO SHAKE THE PALACE UP AND GET RID OF TURKEYS!!!