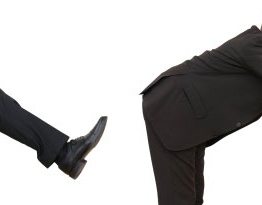 Thousands of protesters, angry over rising costs of living, called on Sunday for Haitian President Martin Martelly to resign at a march in the country’s capital.

“Martelly is wasting the meagre resources of the country to buy luxury vehicles and for international trips that don’t bring anything to the country,” declared Edner Rosier, one of the organisers.

The protesters, mainly young people from poor neighbourhoods in the capital, Port-au-Prince, scattered near the presidential palace, where police had been deployed.

Martelly, in the Democratic Republic of Congo on Sunday for a summit, has faced a number of protests over the past month over the difficult living conditions in the Western Hemisphere’s poorest nation.

Demonstrators say the former pop singer, who came to power in 2011, has not kept his campaign promises of a better life for Haiti’s impoverished masses.

“Grassroots organisations are going to organise with the other political forces to mobilise the rest of the country against this corrupt regime supported by a few members of the international community,” said Yves Pierre-Louis, accusing certain foreign diplomats of interfering in Haitian affairs.

Opposition groups have organised anti-government rallies in several cities next week to denounce the cost of living and to demand compensation for the victims of the cholera epidemic, which has killed more than 7 000 deaths in Haiti. – Sapa-AFP