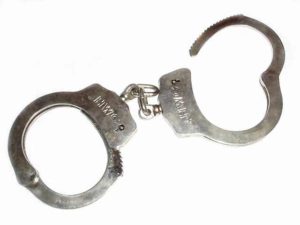 “Details of [the] defendant’s assistance will be made available to the Court at the hearing on this motion,” the filing said.

He was sentenced to four years in prison on June 9, 2010, and began serving in January 2011.  The requested reduction of 50% of Antoine’s sentence by prosecutors would mean he could be free by January 2013.

Antoine testified in two jury trials on behalf of the government as part of a broader investigation into bribery by Florida-based telecoms of Haitian government officials.

“My client and his family are pleased, as am I, that the government appreciates Robert’s extraordinary cooperation,” said Antoine’s lawyer, Dennis Kainen, in an interview. “His assistance and substantial personal sacrifice commenced prior to the trials and even before he pleaded guilty. We are hopeful that the honorable court will reduce Robert’s sentence permitting him to go home immediately to be with his family.”

Eight defendants have been convicted so far in the investigation, the Justice Department has said, including Joel Esquenazi, the former president of one of the telecoms firms, who received the longest-ever sentence in U.S. history for violating the Foreign Corrupt Practices Act.