THE HERO OF LA SCERIE has not lost his malevolence towards his People. He will use machine guns, fire, starvation in order to force their surrender.

Hardly the acts of a Democratic leader.

Stalin used this against the Cossacks, starving millions.

Privert is using this against our Peasants, starving them, denying the tools to fight Cholera.

An example of this Mini-Genocide can be found in Pestel, where surface access is limited, to impossible. 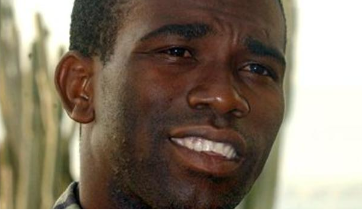 Privert has blocked ships from delivering Hurricane Matthew aid to this devastated community, because Guy Philippe lives there.

Guy is a focused leader, devoting all he has to the welfare of his community. He has given everything he has, and more to his people. Unfortunately, Hurricane Matthew has swamped the entire Nation, making earlier efforts meaningless, as the wind and water washed everything away.

One must understand Privert’s motivation. 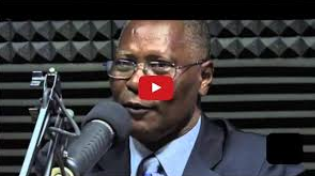 Guy Philippe was the leader of the movement that swept Aristide into exile, with the support of the International Community,   leaders of Haiti’s business, and political communities, along with the vast majority of Haiti’s population.

It was a basically bloodless removal , as Guy, with about 40 men, cleared Aristide’s supporters from positions of power.  One Aristide militant police officer fired on Guy’s people and was shot. Otherwise, all of the Lavalas/aristide people deserted their posts and ran.

Guy was welcomed by the populations, as he moved towards Port-au-Prince.

Immediately after Aristide’s departure, the American Ambassador told Guy to stay out of politics, start and ONG, and the embassy would give him a few hundred thousand dollars.

Guy declined the offer – foolishly, we believe – and launched a political party. He would find those, who welcomed him, depended upon him, during his sweep, now refused to accept his phones calls, or provide the promised support.

He was recognized as a PATRIOT and, as such would move to remove many of the unwritten benefits, enjoyed by a few.

Rene Preval would write Guy’s name in on a document authorizing DEA removal of the mayor of Miragoane, who was involved in drugs.

Preval would press Lavalas oriented DEA officers in Haiti, and Miami, to present false evidence as to Guy’s involvement in the cocaine traffic.  These dossiers have led to an ongoing circus involving Guy.

The situation was explained to me by one of the team tasked with the arrest of Guy. He said the entire dossier had been created by Preval and real people did not take it seriously.

Guy has offered to take a polygraph with regard to the false charges. The American embassy declined this offer, insisting Guy transport himself to Miami.

Time to seek the truth about Guy Philippe.

Time to recognize Privert’s Truth and remove him from power before he can murder more of our People through his cold, calculated indifference.

Time for a 1987 Article 149 solution that sees Judge Coq guide the Nation as Provisional President, in search of fresh elections.

ARREST ARISTIDE, PREVAL AND PRIVERT FOR THEIR CRIMES AGAINST HAITIAN SOCIETY.