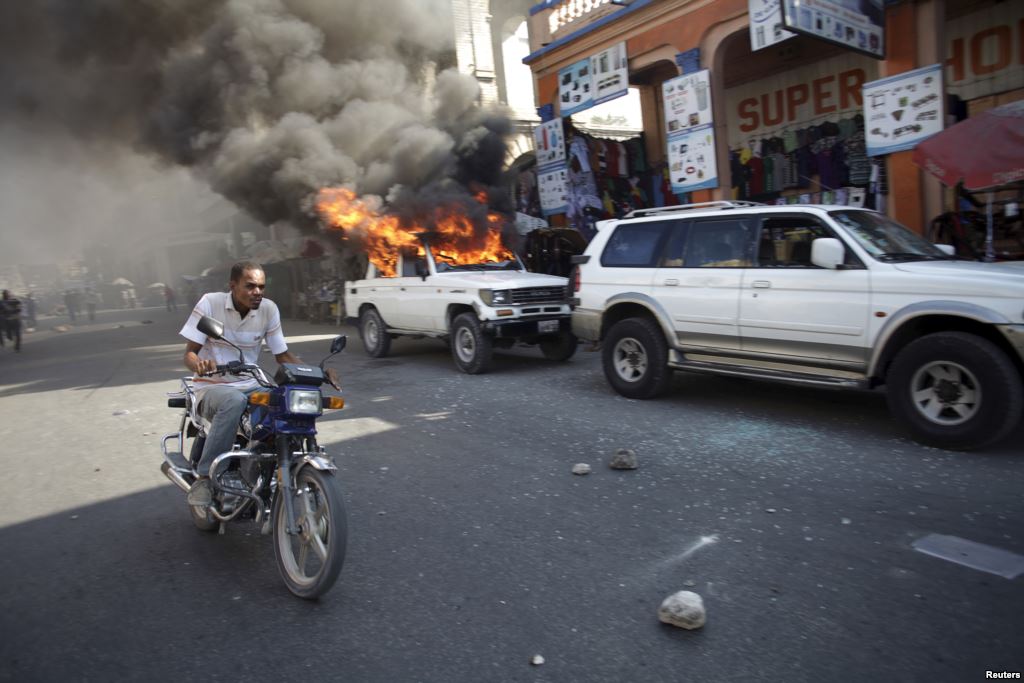 Some of the Privert/Lavalas leadership  claim knowledge of a MINUSTAH organized meeting, aimed at quick removal of Privert – the Hero of La Scerie, from office.

To date Privert’s actions are those of someone who could be certifiably insane. Probably is – Otherwise there would be no La Scerie!!

Each move – that should have a blocking reaction, is left unremarked.

His selection of a Prime Minister who was probably the most incompetent Bank Governor possible, should have faced an immediate reaction.

He then stated that Jovenel Moise was actually #5 on the votes, with Maryse Narcisse #1 and his friend, Moise Jean-Charles #3.

Polite grumbling from his opponents. No outrage even though Privert has now published his road map. RETURN TO LAVALAS!

Un-noticed on the streets.

There should be massive demonstrations against the Privert Presidential Perversions.

Now, some Lavalas people claim knowledge of a MINUSTAH meeting at which Privert’s immediate removal was discussed.

Now Lavalas/Privert will move to preempt any possible action.

There will be burning and disruption of public function, starting on Tuesday.

There will be terrorist actions in the south. These will be blamed on Guy Philippe and become justification for dechoukaj throughout the Nation. Of particular interest will be the homes of  their opposition,  Senators and Deputies, plus any others viewed as enemies.

We are on the verge of a major melt-down that may have irreversible effects upon our future. The DESTROY PSYCHOLOGY of LAVALAS does not care what their actions do to the Haitian people.

Children will starve to death!

Who Cares? Aristide/Privert don’t and they are the ones steering the boat.

PHTK, and everyone else, have remained dormant, silent, paralyzed when Privert picked Fritz Jean as Prime Minister, in complete and total violation of the Constitution, and his Mandate, a mandate under which he is supposed to coordinate elections April 24, not find a cure for cancer, our national debt, or high American Airlines fares.

Unless someone does something – IMMEDIATELY – control Privert’s illegal, unconstitutional and criminal actions, Haiti will slide into the Abyss –AGAIN!

Jovenel Moise is in mortal danger!

Time is not on Haiti’s side.

Where are friends in the International Community when we need them?

1 thought on “PRIVERT- ARISTIDE – LAVALAS PLAN BOLD, AGGRESSIVE ACTION LEADING TO WIDESPREAD DECHOUKAJ WITH A FOCUS ON HOMES OF DEPUTIES, SENATORS AND OTHER PERCEIVED ENEMIES – WILL START WITH BURNING AND PUBLIC DISRUPTION TUESDAY – TERRORIST ACTIONS IN SOUTH TO BE BLAMED ON GUY PHILIPPE, JUSTIFYING FOLLOW-UP VIOLENCE”