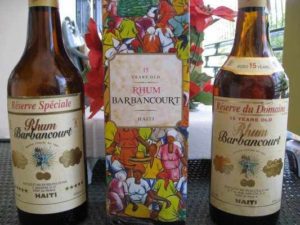 The other day there were reports of an attack on Celestin supporters. To be specific, the radio was reporting that a guy named “Jimmy” – one of Baker’s close associates, had shot up a Celestin rally, killing and injuring some people.

Even as the radio was reporting the attack, and naming “Jimmy”…”Jimmy” was actually in a car with Charlito Baker and Victor Boulous some 60 miles away from the attack site. Baker immediately went to a police station and presented “Jimmy” along with his Identity Card for confirmation of the fact that he could not be in two places at one time.

Never one to be deterred by the Truth, Preval pressed forward in his attempt to obtain an arrest warrant for Baker and “Jimmy.” Preval called 12 judges to the palace, over a period of hours, demanding issuance of the document. All refused to comply.

And now, in true Haitian style, the body and shell casings have disappeared. No body. No evidence.

A frustrated Preval got drunk.