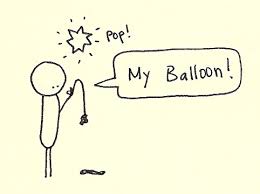 While North Miami Mayor Lucie Tondreau was in Haiti on what the city described as “a private vacation,” the city’s police chief flew business class to the island-nation to ensure the mayor’s safety.

According to travel documents submitted to the city by Elias, the purpose of his trip was “security for Lucie Tondreau and meeting with National Haitian Police staff” for the implementation of community policing services and an update on child exploitation.

Elias lodged at the Villa Creole, “on a quiet street in Pétion-Ville, in the cool hills above Port-au-Prince,” as described by the hotel’s website. The cost for his one-week stay from July 26 to July 31 was $803.

During that same time period, Elias charged the city $666 for his meals.

North Miami does not require city employees to provide receipts for their meals. Instead, the city relies on maximum rates for meals allowed by the U.S. Government for federal employees. Even if a city employee spends less than the amount outlined by the federal government, North Miami will reimburse them the full amount.

And for Elias’ American Airlines business class airfare, the city shelled out $1,087. No coach seats were available, according to the travel request form.

Elias did not submit an itinerary of his trip to the city. He did not return calls for comment

When asked for details on Elias’ trip, city spokeswoman Pam Solomon could not say who he met with in Haiti.

City Manager Stephen Johnson said when Elias was not meeting with Haitian police officials, the police chief made certain the mayor, who according to Haitian media reports toured her hometown of Jacmel, had the proper security measures in place.

“He checked to see if the hotel she stayed in had security, or wherever she went there was security,” Johnson said. “ He’s been to Haiti he has a lot more contacts than she would have.”

Tondreau visited several cities in Southeast Haiti including her native Jacmel, where she and Councilwoman Marie Steril, Constituent Services Coordinator Katia Philippeaux and Bernadette Pierre, former North Miami mayor Andre Pierre’s wife, were welcomed with dancing and accolades by Jacmel Mayor Paul Hughes, according to Le Nouvelliste, a leading daily newspaper in Haiti. It was Tondreau’s first visit since 2008, the paper noted.

“Today is a historic moment in my life as I once again find myself in my hometown,” Tondreau was quoted by the newspaper. “This new visit today, has allowed me to see the many advances that are being made in the Southeast department.”

She thanked her family and fellow Haitians for supporting her candidacy stateside.

And while a private visit, according to Tondreau, she also visited a number of construction projects in Jacmel before heading to meet local Haitian officials in the nearby town of Marigot. North Miami did not pay for anyone’s trip to Haiti other than Elias, according to Johnson.

It wasn’t clear whether Tondreau and the others paid for their own trip or if someone else paid. In the latter case, the elected officials probably would have to publicly disclose the gift.

Since Tondreau is an elected official, Johnson said she was representing North Miami, but “her trip was not in her official capacity,” he said.

Still, Johnson said it was no problem for Elias to act as liaison to make sure the mayor was safe.

Solomon said the extension was for Elias to be more involved in the mayor’s security detail.

“Chief Elias joined the security delegation and worked with the Haitian National Police in charge of diplomatic security detail to ensure for proper security protocol,” Solomon wrote in an email.

Elias did not seek any lodging or meal reimbursements for the extra week.

What it God’s name could this jerk do in-so-far as guaranteeing the tourist-mayor’s security?  He doesn’t speak Creole and has never been to Haiti. He wouldn’t recognize a bad guy if one sat in his lap. and the Business Seat requirement is a pile of crap. With a week’s pre-planning there are always Economy seats. He just wanted to be above the smelly herd.

Less than $3,000 – but money wasted that could be spent on something else.