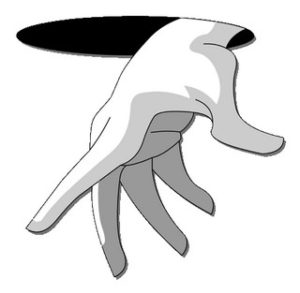 The lawyer for a South Florida developer says his client’s role in an ambitious Haitian tourism proposal was overstated during a pitch to Haitian government officials.

When Haitian officials visited South Florida last month, part of their tour included a stop at North Miami Beach’s public library, where they heard an ambitious pitch to develop a virgin Haiti island into a posh Caribbean resort.

The developer of a high-profile North Miami city project was identified as an advisor and investor.

The problem: Developer Michael Swerdlow, who helms the North Miami Biscayne Landing redevelopment, is neither, according to his attorney.

Although Swerdlow was in the library during the tourism pitch and did not make any objections, his attorney John Dellagoria said Swerdlow has no plans to be involved in the proposal to develop Petite Cayemite, a little-known island off the coast of Haiti.

“He has never been in the project at all,” Dellagoria said.

The Petite Cayemite project is the brainchild of the Cherubin brothers — Jean and Emmanuel — who are principals in the Biscayne Landing project, overseeing minority partnerships for the development of the multi-million bayfront property into residential and commercial space.

When asked about the Cayemite pitch, Jean Cherubin told the Herald last month that not only was Swerdlow an investor and advisor, but that the city’s mayor, Andre Pierre, was also an unpaid advisor to the project. Pierre had provided the opening introduction to the Haitian officials during the Cayemite pitch meeting.

But after Pierre’s apparent involvement was made public, Emmanuel Cherubin disavowed the mayor’s involvement — as well as that as Swerdlow’s.

Political observers, as well as North Miami Councilman Scott Galvin, had raised concerns following the Miami Herald article outlining the relationship between the players in the Cayemite and Biscayne Landing projects.

“If Swerdlow wanted to distance himself from the comments made at that meeting, he should have distanced himself at that meeting. It was not smart to let that be done in a room full of people,” said Galvin, “As for the Cherubin brothers, they were either lying to the Haitian government or they’re lying now.”

Biscayne Landing has been a political hot potato for years in North Miami as it has struggled to successfully develop the former dump into a viable economic engine for the city.

In December, the Cherubins, Swerdlow and Pierre met with Haitian officials including the country’s minister of tourism to pitch the development of Petite Cayemite. The meeting happened at the North Miami Beach Library during a day-long meet-and-greet with the South Florida’s Haitian diaspora.

At that meeting, Swerdlow was introduced to Haitian officials as an advisor and potential investor, according to Brett Dill, president of Swerdlow Group, who attended the meeting.

Dellagoria said Swerdlow did not intend to mislead the Haitian government and was blindsided by the announcement that he was a part of a project that he became aware of only a day before the meeting.

He said his client’s name was used unexpectedly by the Cherubins to “give the project a boost.”

But Emmanuel Cherubin wrote, “Mr. Swerdlow is not a principal or even an investor.”

A day before meeting with Haitian officials, Emmanuel Cherubin wrote, Swerdlow “expressed interest and offered his support just as Mayor Pierre and a myriad of other prominent individuals have done.”

Dellagoria, however, said Swerdlow has expressed no interest in Petite Cayemite.

When the mayor was deliberating on Biscayne Landing he did not disclose any ties to Swerdlow or the Cherubin brothers. Jean Cherubin has said that Pierre is an unpaid advisor to Cayemite Enterprises. However, in a letter to The Miami Herald, Emmanuel Cherubin wrote “Mayor Pierre has never been an advisor to this project.”

Pierre did not return calls, a text or an email seeking comment.

The relationship between Swerdlow, Pierre and the Cherubin brothers did appear clear to officials who attended the December meeting.

“The mayor from North Miami came up and he said the group with Swerdlow was involved with this development for the island in Haiti,” said Palm Bay Mayor William Capote, who attended the meeting and whose city counts a large number of Haitian residents. “It seemed like the mayor was involved with this group.”