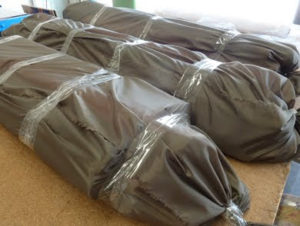 One is left wondering what the government uses for brains, at times like this!

During the evening of July 26, 1991 Captain Neptune arrested 5 teenagers on Lalue. They were celebrating their graduation and had driven to the supermarket to buy some sodas. The supermarket was closed, when they arrived, and, as they were leaving, Neptune arrived and arrested them.

One of the boys asked Neptune to phone his parents… ”Because Neptune had often been in their home…”  Neptune did not do this. Lieutenant Richard Salomon  arrived and Neptune turned the boys over to him with the comment…”Take care of this. I am going to have a shower…”

Salomon, and his team, took the boys to Batamat where they beat and shot them to death.

There has been no justice for these boys and making Neptune police chief does not seem to be a step in that direction.

We do not need this class of police officer in today’s PNH….let alone in any leadership category.

3 thoughts on “NEPTUNE, ONE OF 3 MARTELLY RECOMMENDED FOR POLICE CHIEF, WAS INVOLVED WITH MURDER OF FIVE TEEN AGERS JULY 26, 1991 WHILE WORKING FOR ARISTIDE”