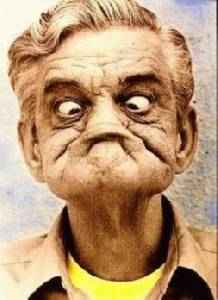 By telegeography.com Haiti’s new president Michel Martelly has made his mark on the telecoms industry only days after being sworn into office earlier this month, by introducing a plan for minimum tariffs in the international call sector which has drawn opposition from at least one operator, Natcom. Martelly, a former singer known as Sweet Micky, came to power on a platform of giving children in the poverty-stricken country free access to education, and to help fund the plans he has ordered a special levy of USD0.05 on every minute of incoming international calls billed by local operators Digicel, Voila, Haitel and Natcom, all of whom have willingly agreed with the scheme. However, Martelly has included in the plan a minimum tariff of USD0.23 to apply to each minute of incoming call traffic, and support for the price floor is not unanimous. Vietnamese-backed Natcom, which took over the job of rebuilding former PSTN operator Teleco’s networks after the January 2010 earthquake, has argued that the president’s plans make it difficult to relaunch itself in the market, with the company’s deputy director general, Yves Armand, quoted by HaitiLibre.com as saying: ‘Our strategies to offer better prices during our introduction will be impossible if [regulator] Conatel requires all operators to practice same price … We are for the FNE [National Fund for Education], for the introduction of a fee of US0.05 per minute on international incoming calls, but we are against price floors … we are for free competition, against price fixing.’

The official launch of the FNE, aimed at giving more than 500,000 Haitian children access to education, is set for 15 June 2011, with a major part of its funding to come from the new levy on international communications, which the President says is ‘not a tax but a surcharge.’ Meetings with Conatel about the new rates took place even before the new government was sworn in, although the law on the establishment of the new tariff framework is not yet passed.