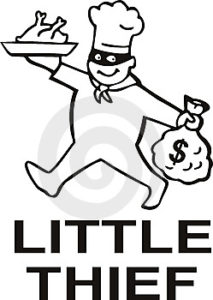 (M2 PressWIRE Via Acquire Media NewsEdge) WASHINGTON DC, — The World Bank Board of Directors approved today a US$30 million grant that will provide Haiti with urgently needed funds to close its budget gap and support the government’s efforts to increase public sector transparency and accountability. The US$30 million grant will leverage an additional US$25 million from the donor-supported Haiti Reconstruction Fund (HRF), which is managed by the Bank.

‘These funds will help us to close the budget gap and address important needs in terms of the efficient and transparent management of public resources,’ said Haiti’s Minister of Economy and Finance Ronald Baudin.

The new funding is part of the Bank’s commitment to support Haiti’s recovery in the wake of the earthquake that killed more than 230,000 people and caused widespread destruction mainly in the capital, Port-au-Prince.

—           Enforcing the Law on Declaration of Assets among members of government to reduce corruption.

The operation is co-financed by a US$25 million grant from the HRF to which Brazil, Norway, Australia, Colombia and Estonia have contributed. This grant funding responds to the Haitian government’s first request for HRF financing which was made on June 17 and approved the same day by the HRF’s Steering Committee. Brazil and Norway in particular, the HRF’s two largest contributors, have advocated for budget support to enable the Government of Haiti make essential expenditures.

‘Speedy assistance to Haiti is of the essence, but so are controls to ensure that funds are not misspent,’ said World Bank Director for the Caribbean Yvonne Tsikata. This grant supports that by providing the Government of Haiti urgently needed budget support for activities related to good governance.’This operation builds on the economic governance reforms started before the earthquake and is in line with the Government’s Action Plan for National Recovery and Development of Haiti and the short-term governance program presented to the international community in March 2010.

World Bank Support to HaitiTo help Haiti recover from the January 12 earthquake, the World Bank Group has pledged US$479 million through June 2011. All World Bank funding has been in grant form since mid-2005. Of the total pledged amount, more than half has already been made available to Haiti:–           US$107 million in new resources from the International Development Agency (IDA) and trust funds have been approved to support reconstruction and development projects;–           US$55.5 million from IDA have been spent in support of social and emergency reconstruction needs since January 2010; and US$42.5 million provided in budget support;–           US$39 million, Haiti’s full debt to the World Bank, have been cancelled; and–           US$49 million have been made available by the Bank Group’s private sector arm, the International Finance Corporation (IFC), to support Haiti’s private sector, which has also disbursed US$7.6 million since the earthquake.

Some of the results achieved in Haiti to date with World Bank Group support include:–           Offices were acquired and equipped for the Ministry of Economy and Finance and Tax Office (over 500 staff), enabling the Ministry to function and revenues to be collected.

—           Around 90,000 cubic meters of trash and debris were removed from key drainage canals in Port-au-Prince, reducing flood risk for temporary camps in the capital.

—           A transfer of US$3 million to the World Food Program has helped provide supplementary food to 200,000 children aged 6-23 months, while US$1 million to the Pan-American Health Organization has supported basic health care services to pregnant and lactating women and children from 0-24 months.

—           Six water supply systems were completed, benefiting 37,000 people in rural communities in the South, which are struggling to absorb the exodus from the capital.

—           IFC completed the structuring of the international bidding process for TELECO, which is bringing the country’s largest foreign direct investment since the earthquake*”a US$100 million investment by Vietnam’s biggest mobile telephone operator, Viettel, to expand telecommunications services in Haiti.

Haiti Reconstruction FundAt the request of the Government of Haiti, the World Bank established the Haiti Reconstruction Fund (HRF) in March 2010, in partnership with the Inter-American Development Bank and the United Nations. Donors pledged about US$500 million to the HRF in March. To date, five donors have confirmed their pledges for a total of US$99 million, of which US$67 million have been received.

The HRF is one of several sources of post-earthquake reconstruction financing. The bulk of the resources pledged to Haiti at the March 31 donor conference (US$5.3 billion) will likely flow through bilateral donors and NGOs, and not through the HRF.

I must sound like a scratchy needle on a blackboard but I wonder at the childish and naïve approach the large world organizations use when dealing with Preval’s team.

These millions are supposed to deal with corruption and other governmental flaws. Preval has simple stolen all funding that appears. His cabinet gobbles up whatever comes to their ministry.

They are not even subtle about it. Forgiving Haiti’s debt sounds good but it merely makes millions of dollars available to the thieves. These would have gone to pay interest on Haiti’s debt. Now they will go into Preval’s accounts. His future is uncertain now, so he will even be more bold in his criminality. He knows that – in the final analysis – the world community will finally make a deal that favors him….rather than press for justice, and the return of stolen funds. Preval has hundreds of millions stashed away.

The people are getting restless and could well explode as a leader appears.

It isn’t Wyclef Jean, who, along with his group, have taken over the Kinam Hotel in a manner that reminds one of Castro’s early visit to New York when he plucked chickens in his rooms.

With the exception of Wyclef, and his CEO, Hughe Locke, Wyclef’s group looks like a bunch of criminals with their dreadlocks and generally messy appearance. Even the Haitians have started to comment on this.