A basic requirement, for the successful function of a Democratic Government, is the passing of authority from one sitting president – to another elected President.  Like a relay race, the baton must be passed from one runner, to the next, and on to the next until a final victory is won. You cannot pass the baton to some janitor, on the sidelines, and hope to complete a race.

There is no final goal, in the ongoing motion towards a better, more efficient Democracy.

There must be a respect for win/lose elections.

Anything else invites disaster.

So long as there is continuity, the light remains.

Break the circuit and darkness captures the scene.

Martelly was willing to pass his baton to the winner of the electoral process – be it Jude Celestin or Jovenel Moise.

This was not to be.

People criticize Jovenel Moise as being “the hand-picked candidate of PHTK.”  My goodness, what is wrong with that. Each sitting president, anywhere in the world, has a “hand-picked successor.” This guy only wins if the voters select him/her. That is what Democracy is all about.

Jude Celestin knew he could not win a free-and-fair ballot against his house-boy, let alone a real candidate, such as Jovenel Moise.

So, he has moved to block the process… break the system, returning Haiti to the anarchy and violent chaos of the Aristide/Preval disaster.

The opposition elements see a Jovenel Moise presidency as a threat to their own worlds – corrupters of the political process, drug-dealers, many members of the business community, and the Dominican government.

For various motives, opposition elements are willing to destroy our Nation, in order to preserve and protect their own limited worlds.

Aristide/Preval lurk on the sidelines, like circling vultures, waiting to benefit from this train wreck.

The visiting OAS team must become aware of the very special Haitian elements, lack or reality, differing viewpoints, or whatever one might call them. They do not necessarily reflect the outside world’s concept of Democracy. But we must play with the cards we are dealt.

What has transpired, over the past months, does not matter. We must carry out a carefully supervised, closely audited vote for the Presidency. Jude Celestin and Jovenel Moise, against each other in what should be simply viewed as a “sudden death” ballot – winner takes all!

The past does not matter.

Unfortunately, the reality of the situation is one that will finally see Jude Celestin “run the clock out” at which time he will refuse to participate.  The OAS team must ask Celestin for a written commitment to participate in the election NOW otherwise our time will be wasted.

We will remain in gridlock.

Haitians must be protected, their right to a government of their choice, preserved.

The clock is running and Celestin will try to break the electrical circuit, plunging Haiti into an uncertain darkness. 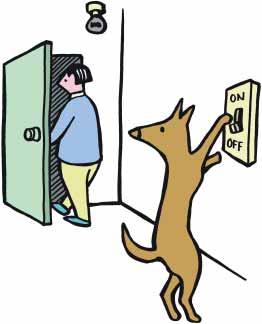