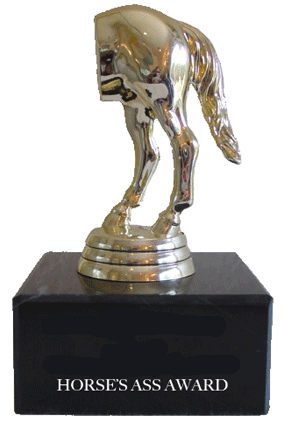 Haitian-born singer Wyclef Jean, center, shows his Haitian ID card as he submits the paperwork to run for president. He was barred from running due to a residency requirement.

Wyclef Jean is lashing out at the country he wants to lead.

On Monday, the hip-hop singer accused Haiti‘s provisional election council (CEP) of using “trickery” and violating the constitution when they barred him from running for president.

“Even before our work began friends in Haiti and abroad had warned me that much trickery would be used to block me. The result: CEP has proved it true,” Jean said in a audio message in Creole, which was distributed to the media in Haiti.

The AFP reported that the singer asked his supporters to “mobilize” against the council’s decision on Friday because the singer had not lived in Haiti for five consecutive years.

“They violated the constitution to benefit their families and their friends who continue to live off the people’s money,” the singer said. “Are you going to continue to support people who do not respect the fundamental law of the country?”

At first, Jean, 37, said he would abide by the council’s decision. But he later changed his mind, and announced on Twitter that he’d appeal.

But some are skeptical of his chances.

Pierre Thibaut, director of communication of the election council, said that there was no higher power than the council on election issues. He said the singer has the option to appeal but “the final decision rests with the council.”

Wyclef’s ill-fated candidacy is no longer a sorry joke.

TRICKERY – WHAT TRICKERY??? I assume that Wyclef can read, although there have been some comments about his educational background. His “degree” was given as an honorary one, and he NEVER attended the school that gave it to him.

The Constitution requires 5 years residence before the election.

Wyclef imagined that being an Ambassador at Large, with no official standing…for 3 years…would waive the statutory requirement of 5 years residence.

Give us a break, Wyclef.

You are now a willing, complicit  stooge for Preval, the guy who stole relief funds from the 2008 hurricane disaster and continues to pillage Haiti’s treasure.

You have probably taken 30 PIECES OF SILVER which would make your father, a pastor, proud of his son…..

You are now working to destabilize the nation you claim to love.

People will needlessly die because of your action.

Children will starve while you commute back and forth to the States in your executive jet, rather than sit in American Airlines Economy.

This is the real world, Wyclef, and we now know that you really don’t give a fiddler’s fuck for Haiti or its people.

HERE IS A DIRECT QUOTE FROM THE HAITIAN CONSTITUTION OF 1987

The President of the Republic

The President of the Republic is elected in direct universal suffrage by an absolute majority of votes. If that majority is not obtained in the first election, a second election is held.

Only the two (2) candidates who, if such be the case, after the withdrawal of more favored candidates, have received the largest number of votes in the first election may run in the second election.

The term of the President is five (5) years. This term begins and ends on the February 7 following the date of the elections.

Presidential election shall take place the last Sunday of November in the fifth year of the President’s term.

The President of the Republic may not be re-elected. He may serve an additional term only after an interval of five (5) years. He may in no case run for a third term.

e. Have resided in the country for five (5) consecutive years immediately before the date of the elections;

8 thoughts on “MORE WYCLEF HORSE SHIT FROM A SORE LOSER. HE HOPES TO DESTABILIZE ELECTORAL PROCESS FOR PREVAL’S BENEFIT!!!”