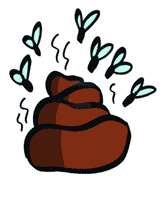 Haiti is better prepared than it was last year to respond to the annual hurricane season, with emergency equipment and stocks pre-positioned in case of a disaster, a senior United Nations official says.

Nigel Fisher, the Secretary-General’s Deputy Special Representative to Haiti, told a press conference yesterday in Port-au-Prince that “we are far better off than last year,” especially in assessing the areas of the country most at risk.

The Caribbean nation is often beset by hurricanes, and in 2008 was devastated by four consecutive devastating storms within the space of a month.

Emergency preparations last year were hampered because the country was still reeling from the January 2010 earthquake which killed more than 200,000 people and displaced countless others.

“Financially, we still need $13 million to finish the work,” he said, referring to the preparations. Mr. Fisher added that the Haitian Government was working well with the international community to prepare for hurricanes this season.

Meteorologists have predicted the country could face nine hurricanes and 17 major storms in total this year.

Nigel Fischer is one of those bureaucratic people who work within the closed, incestuous circle of UN and ONGs that effectively exclude the Haitian element.

The village idiot could identify risk areas. The entire nation is a risk area to heavy rains and high winds.  We still have hundreds of thousands under fraying fabric shelters set up after the earthquake.

Of course, we must realize that – according to a leaked, irresponsible USAID report – most of these folks are just playing games. They really have homes somewhere else but live in these leaky, dangerous shelters in order to get hand-outs.  Well folks, there aren’t any hand outs and people are starving.

The UN will be seen as ill-prepared, when a real hurricane hits.

They make these statements, like a gambler, hoping that the Death Card will not turn up.

Unfortunately, in this case, the incompetent, high-living MINUSTAH people are gambling – yet again – with Haitian lives.

The 2267 Toyota Land Cruisers,  purchased for over $100,000 each – operated by MINUSTAH – would buy a lot of emergency equipment and food for my Haitian compatriots.