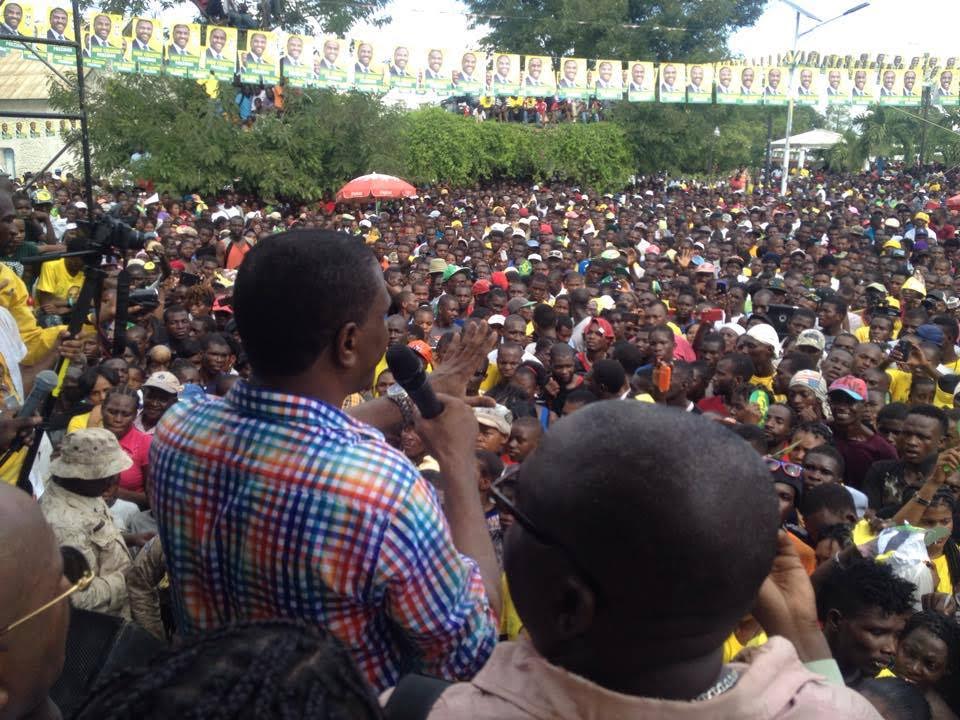 Although the official campaign will not be launched until September 27, Jude Celestin spoke to a large crowd in Hinche.

As you can see from the photographs, this was a well-planned and coordinated event, indicative of how Celestin, Preval, VERITE will run their campaign, over the next few weeks.

Celestin focused on Martelly’s promise of education, and how this promise was effectively mishandled.

Education affects everyone in Haiti.

Recently, Rene Preval and Jude Celestin made a pilgrimage to Washington, making many promises.

Martelly’s handing of the situation, since Prime Minister Laurent Lamothe’s departure, has left the nation vulnerable to the sales-pitch presented by the Preval/Celestin/VERITE team.

A Celestin win could see a few cells, at the PNH facility, in Croix des Bouquets filled. Or we might see the Pacote facility revived, the one that housed Privert, Neptune, and others, after Aristide’s collapse.

Martelly’s foolish handling of the first round election, the CEP and recent governance, or lack of governance, has placed the Nation in jeopardy. 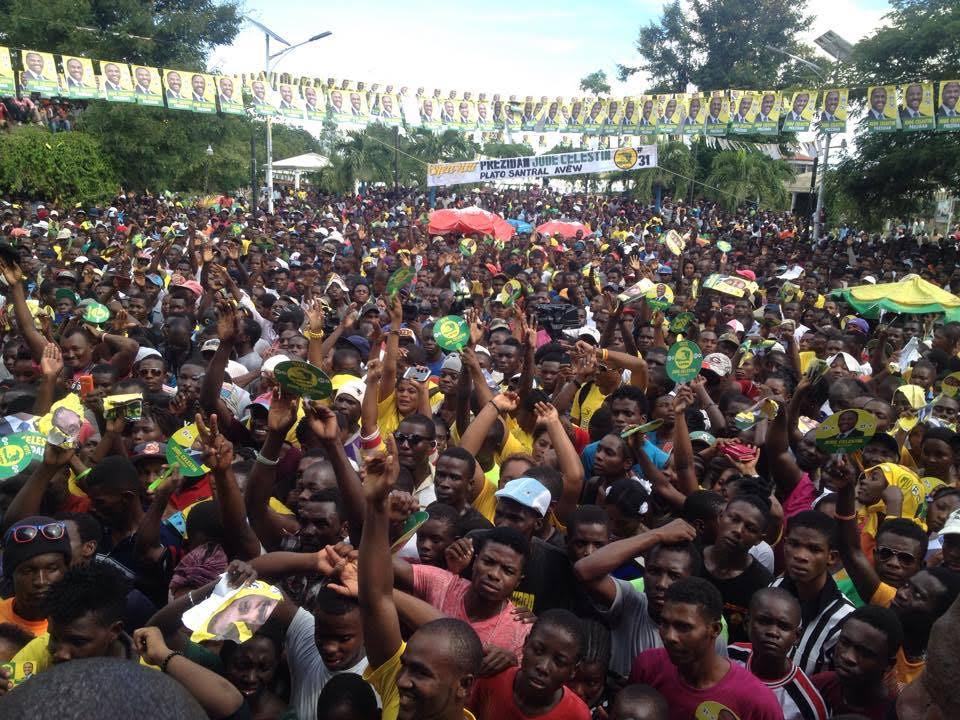