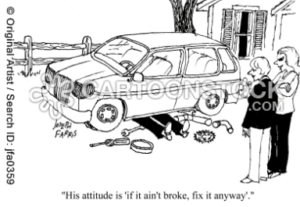 Martelly’s attitude is ‘if it isn’t broke, fix it anyway!”

Our contacts, inside the Preval camp, said the President would miss  the reception    of our Carnival Queen this year. He would, instead, be meeting with Preval.    The fact that – for the first time – President Martelly missed out on the queen’s reception, seems to support the information. He arrived later – in time for the dance.The rumor continues.

The Preval meeting (at Marmelade via helicopter??) is said to have focused upon Preval creating a new cabinet for Martelly, replacing Prime Minister Laurent Lamothe in the shake-up, possible with Bellerive – or a Bellerive/Preval surrogate – Herve Day.

My goodness!!! What does Martelly need Preval for? He would be better talking with Aristide!  Why doesn’t he talk to Lamothe??

Bellerive has had a cabinet ready for some weeks and these people meet with regularity.  His ex-Chief of Cabinet Herve Day, seen by many as a major thief,  coordinates these meetings, and is rumored to be a potential “surrogate Prime Minister” if the idea of returning to Max Bellerive upsets the International Community – as many expect it will.  After all, Max Bellerive is really the Dominican Republic’s man, having served in their Secret Service for over 20 years.

He is also Martelly’s cousin and seems to be present when many visit the President’s home in Peguyville. He is also a regular luncheon companion with Preval, when they visit a restaurant in Fursi.. Bellerive reports to the Dominicans where his true loyalty is found.

A foot in all camps!

The fact that Bellerive was responsible for several huge financial scandals, at the end of Preval’s presidency, and the beginning of the Martelly term, seems to have been forgotten.

Remember the $198,000,000.00 from Petro Caribe that no one has pursued and the $350,000,000 in illegal contracts, signed by Bellerive at the end of his term with Preval – actually after Preval stepped aside.  Some say $33,000,000 was skimmed and these were the reasons behind a retention of the Central Bank’s Governor.

Bellerive  is responsible for the Dominican fiasco in which Martelly was firmly tied to an embarrassing  $2.3 million dollar bag of cash, transmitted from Dominican Senator Bautista.

All of this happened before Laurent Lamothe appeared on the scene.

We must remember that Lamothe has been forced to operate with a second, perhaps third class cabinet, most of its members forced upon him by, some say,  Sophia Martelly.  And Sophia has no official position in the Government of Haiti, but wields more power than any cabinet minister. And she has a huge web site, promoting her position.

There is a film with a great name – SOPHIA’S CHOICE!!!

Even then, a cabinet minister might not have the power you think. For example, Haiti’s embassies are supposed to function under Foreign Affairs.  WRONG! They report directly to Martelly!

Sophia Martelly is probably the most unfortunate element of President Michel Martelly’s presidential world. Short of divorce, a stroke, or murder there is little that can be done to thwart this avaricious lady who – even when she was investigated for massive criminal activities, with regard to national finances – did not stop her grab for cash.

You cannot teach an old dog new tricks – or so the saying goes.

The fact that Sophia Martelly worked with Pamela White, America’s ambassador, when they were both on USAID staff, in 1987, creates flaws in the American handling of Haiti.  There may be an unhealthy bias here, as Ambassador White turns a blind eye to Sophia’s character flaws, at America’s expense.

In any business, or legal deal, Ambassador White would have to recuse herself from similar situations, especially when her friend is under investigation for massive thefts from American supplied funding. She should be replaced with someone who has never met the Martellys.

Perhaps the American Internal Revenue Service will follow up on Sophia’s ill-gotten gains since all citizens must report their global income. Al Capone was not jailed for murder, drug trafficking, prostitution, embezzlement or loan sharking. He was jailed for failure to pay his taxes! Sophia owes taxes on everything she has grabbed!

And then there is the criminal investigation of Sophia and Olivier Martelly: Some cynics believe   the Martelly inner circle knew   Judge  Jean-Serge Joseph was a Canadian, from day one of the investigation and, because of this, any investigation would be invalidated when challenged.

This would force appointment of a  new judge and new investigation – leading to several more year’s of delay.

Except for the fact that Judge  Jean-Serge Joseph was inconsiderate enough to die from a stroke, giving morons like Moise Jean-Charles, and the mental giants in Haiti’s media world, an opportunity to peddle lies that did much to damage Haitian society. We won’t say anything about damage to their reputations because these were gone, long ago.

The Judge had amassed quite a fortune, from criminal land deals in the Artibonite. He planned an escape to Canada, for some time,  and was spreading the rumor of “pressures and threats” to prepare the way – just as Claudi Gassant did with the Jean Dominique investigations – that never went anywhere. Otherwise, Preval and Aristide would be in jail.

By the time that everyone realized the judge was Canadian, he would be safe with his family in Montreal where he owns a large home and bank account.

We should also note that Osner Fevry is close, close, close, close to Judge  Jean-Serge Joseph’s family. Fevry is one of the judge’s father’s best friends.   Fevry stays with the family whenever in the Artibonite. He helps members of the family in Canada.  In fact, he is “closer to them than family.”

Was he a part of the judge’s criminal land deals? We will never know.

Fevry is also a close, close associate of Samuel Madistin, Moise Jean-Charles’ fellow trouble-maker, responsible for much of the turmoil around the judge’s death.

Some suggest the government paid Fevry a big bag of cash to settle problems that   cynical Haitians believe were generated with his knowledge and, perhaps, approval. The old “Create trouble and get cash from government to stop the trouble…” routine.

It will work again!

HAITI: Without a program, it is difficult to tell which team each player is with. It is like a soccer game where the players all wear the same T-shirts,  with no identifying markings, and can kick the ball in any direction, and at either net, without declaring their loyalties.  In fact, there might be two or three soccer balls in play at any moment. One moment’s team-mate is the next instant’s opponent. There are no penalties, in fact, no referee and no end to the game, unless some players steal the soccer balls. In law-and-order nations this game would go to infinity. In Haiti it might not last the first quarter, as the balls disappear from play.

Max Bellerive – as Prime Minister – will see the collapse of the Michel Martelly Presidency and the door opened for Aristide!  Martelly doesn’t see this as his ego controls our very serious game. 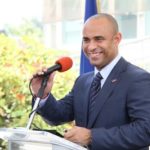 Why can’t we – for once – pull together for the National well-being?

The real solution to the problem is a simple one.

Let’s give Prime Minister Laurent Lamothea truly good cabinet and let him get on  with the governing of Haiti.

To date, he has done very well playing the game with a team of someone else’s choice and a lot of interference.

8 thoughts on “IF IT’S NOT BROKE DON’T FIX IT!!! MARTELLY HUDDLES WITH PREVAL TO DISCUSS NEW CABINET?? MAX BELLERIVE??!!!!”